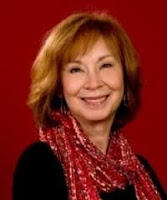 I'm delighted to welcome Diane Chamberlain who is the latest author to agree to answer my random book-related questionnaire.

Her new book, The Good Father, isn't officially due to be published until 1st June but Amazon have been releasing copies early.  My copy arrived last week and I finished reading it yesterday so my review will be going up later today.

How long did it take you to get your first book published?
It took me about three years to write my first novel, six months to find an agent, and one year of rejections that let me know I needed to completely rewrite the book.  After that, it sold right away...but wasn't published for three more years.  Painful!

Do you have a set daily writing routine?
It depends on where I am in the writing process.  When I'm thinking up the story and outlining, I take a lot of naps, listen to music, and carry my notepad with me.  When I'm deep into the writing, I start out at a coffee shop each morning, then work out, then bring my work home and continue writing at the computer.  When I'm close to deadline, I get up much earlier and go to bed much later and not much else gets done.  It's like cramming for an exam.  Not fun, but exciting.

Have any of your characters in your books been based on people you know?  If so, did they recognise themselves?
No, I've never based a character on someone I know, but that doesn't stop people from thinking they see themselves in my stories!

How hard is it to keep coming up with fresh ideas for new books?
It's not hard at all.  All I have to do is open the newspaper or turn on the news or simply talk a walk through my neighborhood with my imagination open and ready to be fired up.

If you could write another style of genre, what would it be and why?
Time travel.  I have a time travel story I would love to write, but I think I'll wait until I retire... if that ever happens.  I love the realism of the books I'm writing now and so do my readers, so I don't want to shock them with something that different quite yet!

After writing 21 successful novels, how do you manage to keep yourself motivated?
Well, one way is by thinking about the mortgage payment!  But seriously, if I won the lottery tomorrow, I would still write.  I wouldn't know what to do with myself if I didn't have a story to put down on paper.

Have you got a favourite out of all the books you've written, if so, which one and why?
My most recent novel always seems to be my favourite.  Right not, that would be The Good Father.  I guess that's because I feel closest to that book and its characters since I've "lived" with them so recently.  I do have other special favourites though.  Some of them are The Midwife's Confession, The Lost Daughter, and Breaking the Silence.  But it's a little like asking a mother which of her children is her favourite.

If you could give one piece of advice to an aspiring author, what would it be?
Expect to write, rewrite, and rewrite again!  I've known people who write one draft and think they've written a perfect book.  Get as much feedback from trusted friends as you possibly can, and then polish that thing until it shines!

Are you able to give us a hint about what your next novel is about?  And when is it likely to be published?
I'm working on a novel set in 1960 North Carolina.  It's a fictional story based on the sterilization program that existed in the state at that time.  I've wanted to write this book for a long time and am glad I finally have the chance.  I expect it to be published late summer or early fall of 2013.

Do you have much spare time to read books?  If so, what was the last book you read or what are you currently reading?
Right now, I'm only reading research for my work-in-progress.  That's typical of my reading for about six months before my deadline.  The other six months of the year, though, I do enjoy reading fiction.  One of my favourites in recent months was Stephen King's inventive (and not scary!) time travel novel, 11/22/63.

If you could have any of your books made into a film, which one would you choose and why?  Who would you cast in the leading roles?
Oh, The Lost Daughter, definitely.  I would love to see CeeCee come to life.  I adore Jennifer Lawrence, the actress who plays Katniss in The Hunger Games.  I think she'd be perfect in the role of a vulnerable, "seduceable", naive young woman like CeeCee.

If you were going to be stuck on a desert island and could only take 3 books with you, which ones would you choose?
Any book by the Buddhist monk, Thich Nhat Hanh.  His books keep me sane, and I would need a little sanity if I were stuck on a desert island.
Charlotte's Web by E.B. White to help me remember what made me want to start writing-a great story.
The Color Purple by Alice Walker.  I'll never forget being move to tears by the first few paragraphs.  I could reread that book many, many times.

Can you describe The Good Father in 20 words or less?
When a young single father loses his job, he takes desperate measures to provide for his beloved daughter.
Posted by Sharon at 10:43