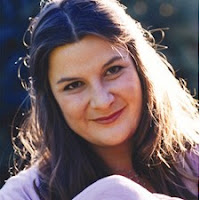 As mentioned earlier it's Fiona Walker day on the blog so next up is the Q&A session that I arranged with her.


How long did it take you to get your first book published?
I was incredibly lucky in that the first agent I sent French Relations to offered to represent me, and she subsequently sold it within days. Before that, I’d spent eighteen months writing and reworking it without knowing if it was ever going to get read, and I genuinely thought it would live in a bottom drawer for the rest of my life.

Do you have a set daily writing routine?
I’m an addictive writer, so I do very long shifts and struggle to do anything routinely. When I’m writing a draft or editing to a deadline, I’m at my computer all day most days as well as late into the night, and I often work over weekends, although I have to juggle this around childcare these days – my poor girls, who are three and five, spent a lot of time dangling from my office chair demanding that I stop ‘doing boring stuff’ and look up the CBeebies website. I’m naturally a night owl so my tendency is to keep working to the early hours, but that’s not always easy to fit around the school run.

Have any of your characters in your books been based on people you know? If so, did they recognise themselves?
I use lots of people as the inspiration for characters – the heroines of my first five books were all based on friends initially - but once I start writing they always take on lives of their own. Sometimes I unconsciously add in a pastiche that I think is wholly original but my loved ones recognise as somebody real; my godmother’s husband was terribly offended that I featured an overweight osteopath from Putney in my first book which he was convinced was a dig at him, but it was totally inadvertent – I keep meaning to add a dashingly handsome, ripped Putney osteopath into a book to make up for it.

How hard is it to keep coming up with fresh ideas for new books?
That is always the easy bit! In fact I have far too many ideas, which is probably why my books feature so many characters and plotlines. I find human nature endlessly fascinating, especially what makes us laugh and love. I just have to pick up a newspaper or a magazine to find an idea, and am the scourge of my dentists because I’m always trying to sneak pages torn from their waiting room magazines out in my handbag.

If you could write another style of genre, what would it be and why?
I’ve always wanted to write pony books because I grew up devouring them, but I think my mind is far too naughty for children’s fiction. I know I could never write gritty crime thrillers because I am a complete wimp about death and violence, but I adore the Agatha Raisin comedy crimes, so something along those lines would be huge fun to try.

After writing 12 successful novels, how do you manage to keep yourself motivated?
I will always love storytelling – it goes hand in hand with my passion for reading – although the industry is a tougher place these days and it’s very easy to lose confidence and feel disillusioned when writing to ever-shortening deadlines and battling for position in a crowded market. Ultimately, once I’ve got the ‘imaginary world’ of a book up and running it’s a place I just love escaping to, and stopping is the hardest thing.

Have you got a favourite out of the 12 books you've written, if so, which one and why?
My personal favourite is Tongue in Cheek, which was a part of the Lodes series and had lots of lovably eccentric characters in it, which I found great fun to write. As the title implies, it was never intended to be a straightforward romance and owed a lot to gothic modern melodramas I read as a teenager - the Twilight sagas of the Durannie generation. It also featured a hidden, overgrown pleasure garden in a wood which became so real to me I still dream about it. The book was such utter escapism to write that I am hugely fond of it.

If you could give one piece of advice to an aspiring author, what would it be?
Get to the end! It seems so simple, but there are thousands of half finished books languishing on hard drives and in bottom draws out there. Once you have an end on it, the manuscript becomes so much easier to work through and edit, and that’s where the real creativity begins.

Are you able to give us a hint about what your next novel is about? And when is it likely to be published?
I’ve just finished the first draft. It’s a big-cast romp set between the Chilterns, Andalucia, LA and Kenya and features hot air balloons, Spanish horses and some very glamorous celebrity wives. The central story is about four college friends – two couples – who have known each other for twenty years and whose shared secrets look set to come tumbling out when one of their children announces that she’s dropping out of university to get married.

Do you have much spare time to read books? If so, what was the last book you read or what are you currently reading?
I am a total bookworm and get hugely frustrated that I have so little time to read more. I bought a Kindle recently, which is terrific because I can hawk it about everywhere with me, although I went through that early stage where one downloads all the free samples and 99p books which turn out to be awful. I’ve now thankfully bought the books I really want to read, and I’m about to start The Wicked Girls by Alex Marwood which came highly recommended (although I have been warned it will challenge my inner wimp).

If you could have any of your books made into a film, which one would you choose and why? Who would you cast in the leading roles?
I always used to fantasise about my early books being made into movies and cast them in my mind - Rupert Penry-Jones, Rufus Sewell, Colin Firth and Kate Winslet usually featuring amongst the leads - but all those actors would be too old for the roles now. I think The Love Letter is actually amongst the most ‘film friendly’ of my books because of the strong coastal setting, tight cast and the big twist, and I’d love Billie Piper to play Legs, with Eddie Redmayne as Francis and Colin Farrell as Jago...but that’s why I’m not a casting agent!

If you were going to be stuck on a desert island and could only take 3 books with you, which ones would you choose?
My two fictional comforters - Jilly Cooper’s Rivals and Jane Austen’s Northanger Abbey, along with The New Oxford Dictionary of English because I’m a word obsessive.

Can you describe The Love Letter in 20 words or less?
A seaside romp filled with love, laughter and cliff-hangers.
Posted by Sharon at 12:38