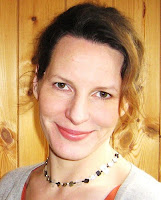 Today is a very special day for Alison Mercer as it's the publication day for her debut novel Stop the Clock so I'm pleased to be able to welcome her to the blog to tell us a little about the book.

Can you tell us a little bit about Stop the Clock?

Stop the clock is the story of three friends who want different things in life - or at least, they think they do - and how those choices affect their relationships with each other.  At the beginning of the novel Tina, an ambitious journalist, has set her heart on a high-flying career, and has just started having a secret affair; Lucy is married with a baby, and wants to dedicate herself to making the perfect home; and Natalie just wants to settle down with her boyfriend.  Ten years later, they've all more or less got what they wanted - but it hasn't made them quite as happy as they might have hoped...  And then a series of shocks and surprises send them all off on different paths yet again.


Where did the inspiration come from to write about the impact that time has on lives & friendships?
I had really enjoyed various books about groups of friends - Lace, The Joy Luck Club and Waiting to Exhale are examples, and there are plenty of others.  So I thought I would have a go at writing my own, and somehow the impact of time on the characters' relationships ended up being part of the story.

I started working on Stop the Clock when i was 35, pretty much the same as the three main characters after the initial set-up - they are my imaginary peers!  But now they're still in their mid-thirties and I'll be 40 next year - tempus fugit!


Stop the Clock is your first book, how long did it take to get published?
I started work on the first draft in spring 2009.  From late summer 2010 I was working on it with the help of my agent, Judith Murdoch, who advised me to tighten up the structure and prune out some of the characters.  Once she sent it out, it found a pubIisher fairly quickly, and it is coming out in August 2012, so that makes it three and a bit years in all.  However, some parts of the book are reworkings of stories I was writing as far back as 1999.

Do you have a set daily writing routine?
It's more of an evening routine - once the children are asleep I sit down at my desk and get on with it!  I also sometimes manage to squeeze in the odd hour at weekend, or between coming back from work and dinner, while my husband plays with the children.


Are any of the characters based on people you know?  If so, did they recognise themselves?
If the main characters are based on anyone, it's me - they are mutant variants!  I think they all have a little seed of me in them, though actually they are their own people.
I don't think it would work to dump real people in a novel; I don't think I would know what too do with them.  It's much more fun (and liberating) to make stuff up.


If you could write another style of genre, what would it be and why?
I'd love to be able to write hard-boiled macho.  Either noir/crime/thriller (James Ellroy) or science fiction (William Gibson).


If you could give one piece of advice to an aspiring author, what would it be?
Keep going.

Are you able to give us a hint as to what your next novel is about?  And when is it likely to be published?
Readers who love Stop the Clock shouldn't be in for too long a wait for my next book.  It is a love story... and I shall stop myself there!

Do you have much spare time to read books? If so, what was the last book you read or what are you currently reading?
I don't have much spare time, but I don't feel right if I don't have a book on the go.  Reading is a great way to wind down and change gears after writing, and sometimes it can be very useful to help the writing along!  I have just finished Wallflower at the Orgy, a collection of magazine articles by Nora Ephron, who was a journalist before she wrote the screenplay for When Harry Met Sally.  Funny, Sad, astute and brilliantly written - not a ward wasted.


If you could have Stop the Clock made into a film, who would you cast in the leading roles?
This is actually a question I have asked myself!  And there are so many intriguing possible permutations...

Ellen: Helen Mirren.  Or Meryl Streep.  Either would be terrifying.

Adele: Angelina Jolie would be PERFECT

And Catherine Hardwicke to direct!

If you were going to be stuck on a desert island and could only take 3 books with you, which ones would you choose?
Anna Karenina, Middlemarch, Jane Eyre


Can you describe Stop the Clock in 20 words or less?
Sharply observed, funny, truthful and moving tale about old friends chasing different dreams, falling out, and finding each other again.
Thank you Alison for taking time out from the busy run up to publication to complete my questionnaire, I've loved reading your answers especially the film one.
Posted by Sharon at 06:55