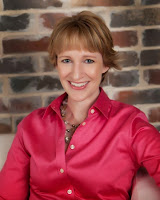 Aven Ellis has been writing fiction since she was sixteen. She studied communications at a large Midwestern university, and after graduation, Aven worked as a reporter for a community newspaper, followed by a stint at a public relations agency.

But writing about city council meetings and restaurant franchises was not as much fun as writing for young women trying to figure out their careers and potential boyfriends. So Aven got herself a job in television that allowed her to write at night. Connectivity is Aven’s debut novel; Waiting For Prince Harry and Chronicles of a Lincoln Park Fashionista (New Adult romantic comedy) will be published next year.

Aven lives in Dallas with her family. When she is not writing, Aven enjoys shopping, cooking, connecting with friends on social media, and watching any show that features Gordon Ramsay.

Visit me on the web: http://www.avenellis.com

Overachiever Mary-Kate Grant (who is indeed named after an Olsen Twin) has followed every rule to the letter to pursue her dream of working in TV programming. Ripping a page from the “hard work pays off” playbook, she takes an assistant level job at a Chicago sports network to break into the industry.

MK has no time or desire for a relationship right now—she is totally focused on her career and being independent, unlike the other women in her family.

But MK’s plans are run through the shredder when she finds herself working for William Cumberland, a British media mogul who made his fortune with Connectivity, a social media site. William blows into Chicago just like the winds off Lake Michigan and purchases the group of networks MK works for—and makes her his personal assistant in the process.

Suddenly MK finds her career plans in jeopardy. William makes her question everything she has ever thought and has the uncanny ability to see right through her. And for the first time in her life, MK finds herself not only questioning what she wants for her career but for her personal life as well…

Where did the inspiration come from to set this story in the media industry?
I have always worked in media, from newspapers to television (where I work now) so it felt very natural to have MK work for a TV network. For William, I thought it would be an interesting dynamic to explore: someone who made a fortune from social media and people sharing the tiniest details of their lives, yet William is fiercely private and lets nobody in his world. Until he meets MK, of course. J

If Connectivity was made into a TV series, who would you cast for the roles of Mary-Kate and William?
Oh no, I’m not answering this one, LOL! I want the readers to see William and MK for themselves--that is why I chose a silhouette cover for the book! But I will say some readers have suggested the following actors play William: Henry Cavill, Benedict Cumberbatch, David Gandy, Robert Pattinson. For MK I could see Emma Stone, Deborah Ann Woll, Rose Leslie, or Zena Grey.

Can you describe Connectivity in 15 words or less?
You have to be joking. I’m a talker! I don’t do anything in fifteen words! LOL! So here is my short and not-fifteen words description: Nothing will deter Mary-Kate Grant from reaching her dream of working in programing for The Beautiful Homes Network— until British social media mogul William Cumberland purchases the Chicago-based network where she works. And Mary-Kate soon realizes that William will turn her world upside down in more ways than one...

How long did it take to get your publishing deal?
I sent my manuscript to Debby Gilbert, the publisher at Soul Mate Publishing on March 2. I was offered a contract on March 28th, so it happened really fast! J.

Will you be doing anything special to celebrate the publication of Connectivity?
I will be having a launch party at a local salon. Manis/pedis and wine, of course!

Are you working on a new book? If so, are you able to tell us anything about it?
I have two books coming out in 2014: Waiting For Prince Harry in April; and Chronicles of a Lincoln Park Fashionista in September. Right now I am working on a companion book to the Lincoln Park story.
Posted by Sharon at 12:15