All her life she has dreamed of her own grand design, so what’s holding her back?

Meet Sophie Stone, a thirty-something, serial-procrastinator. Tesco knickers, Take That, and tea with two sugars is about as exciting as it gets. But when her boyfriend dumps her on Valentine’s Day and a mysterious benefactor leaves her an inheritance, even Sophie has to accept that change is afoot.

There is a catch - a condition in the will that threatens the very foundations of Sophie’s world. What did the old lady want her to discover? Was there more to her parents’ break up than she was led to believe?

With a boss from hell, bickering flat mates, manipulative mother and sexy ex-boyfriend, Sophie has plenty to contend with without the brooding architect who puts his foot in it every time he opens his mouth. Sophie will have to face the past and learn some shocking home truths before she can finally get her own happy-ever-after.

Conditional Love is Cathy Bramley’s debut novel. A coming of age story with a healthy sprinkling of romance, it is a contemporary tale of friendship, family feuds and infatuation, in which our girl-next-door heroine embarks on a journey of self- discovery in order to build a future on her own terms.

Can you tell us a little bit about what inspired Conditional Love?
Conditional Love combines some of my favourite topics: Romantic comedy, Grand Designs, and interior design. Property is a major theme in the book, I adore property and am a massive fan of the website RightMove.

Did you always know that you wanted to become an author?
No not at all! I decided to write a book last year and have spent the last twelve months attending courses and conferences and reading as many books as I could get my hands on about writing fiction.

Do you have a daily writing routine?
If I’m in full-on writing mode I make myself keep going until I’ve done two thousand words. I’m usually more productive if I’ve scribbled out a scene by hand first as my ideas sometimes flow faster than I can type them! I commit to writing Monday to Friday as I’m usually busy with the family at the weekend.

Are you currently working on book number 2?
I’ve finished a rough draft of book number two, the working title is Holding Back, although I might change that (I changed the title of Conditional Love hundreds of times!). It’s a comedy about three women who meet at a funeral and in a Carpe Diem moment, vow to help each other’s dreams come true before it’s too late.

Unfortunately, they are all a bit economic with the truth to start with. Each woman has an issue that is holding her back that she keeps from the others. The three friends have to face up to the truth in order for their dreams to become a reality.

Can you describe Conditional Love in 15 words or less
Romantic comedy meets Grand Designs when a mystery inheritance thrusts fun-loving, procrastinator Sophie into the hot seat! 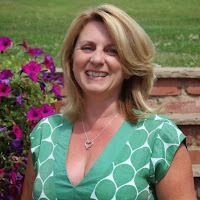 After growing up in Birmingham, Cathy went to Nottingham Trent University at the ripe old age of eighteen and five days to study European Business. Upon graduating she spent the next few years in the corporate world of marketing working on high-powered projects such as testing the firing range of SuperSoaker waterguns, adding hair extensions to Girls’ World styling heads and perfecting the weeing action of Tiny Tears. After making it onto Timmy Mallet’s Christmas card list, she realised it was time to move on and so in 1995 set up her own agency, Apples & Pears Marketing.

Avid fans of the TV series, Cathy and her husband realised their Grand Designs’ dream of building their own house in 2011. They now live in rural Nottinghamshire with their two daughters and a bouncy dog called Pearl.

This project provided the inspiration for Cathy’s debut novel Conditional Love which will be launched on 4th October 2013. However, it is by no means autobiographical apart from one unfortunate incident in the boardroom! She shares her time between her marketing agency, writing and taxiing the girls endlessly from one activity to the next.

Cathy is a fan of Masterchef, strong coffee, chocolate brazils and Marian Keyes books. She is addicted to her Kindle and has an irrational fear of bananas.

Cathy Bramley can be found at: