Fictional Characters in Panto: My favourite Panto Heroes and Villians by Clare Dowling 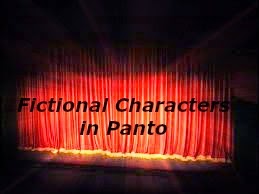 Today it's the turn of Irish author Clare Dowling to be creative for this festive feature.

It’s that time of the year again (oh no, it’s not!) when there’s a Christmas panto on at a theatre or town hall near you. Everybody’s got a favourite panto character or two, whether it’s Peter Pan or the Ugly Stepsisters (although I think they should get a medal for putting up with that wet rag Cinderella).  Pantoland wouldn’t be the same without beautiful princesses, wicked witches and men dressed up in enormous bloomers.  And hopefully a handsome prince to help the evening along.

Here are a few of my favourite panto heroes and villains, except I’ve decided to mix it up by casting them with characters from my books.  Coming to a theatre near you…

The Character: Buttons.  One of the sweetest panto characters around.  Young and hapless, but capable of vicious jokes at the Ugly Stepsisters’ expense.  Deeply in love with Cinderella, except she has no idea.

The Cast: Anto Brady, from ‘A Special Delivery’.  Anto is an unintentionally funny teen who finds himself the butt of many jokes. Like Buttons, he too suffers from unrequited love, for the beautiful Nicola, who scarcely acknowledges his existence. Even if he’s a little rough around the edges, Anto’s a bit of a show stealer.

The Character: Sleeping Beauty.  The first thing that should be said about her is that she sleeps a lot.  She’s also resilient and forgiving, even if she has to do a lot of hanging around waiting for that prince to come and kiss her. 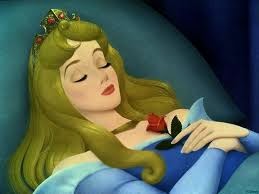 The Cast: Nicola O’Sullivan, from ‘A Special Delivery’.  This would be casting against type, as the only thing Nicola has in common with Sleeping Beauty is that she, too, sleeps a lot, but for an altogether different reason.  Troubled and headstrong, Nicola never takes anything lying down.  And though she meets her Prince Charming in the end, it’s not quite as rosy as in fairytales.

The Character: Captain Hook.  One of the biggest panto baddies of all, he’s handy with a cutlass but comes to a nasty end in the jaws of a croc. And we’re cheering all the way.

The Cast: Jason Farrell, from ‘Can’t Take My Eyes Off You’.  Jason is one of my biggest baddies too – after his old flame Clara returns to live in their hometown, he becomes the ex from hell.  Soon Clara realises that he’s stalking her, and ruining her life bit by bit.  But just like Captain Hook, he ends up at the receiving end of a very nasty bite.

The Character: The Ugly Stepsisters:  Driven by jealousy, ambition, and not too easy on the eye – or so we are led to believe.  Really, they’re faced with endless pressures to be perfect, in a world where opportunities are scarce and family pressures are overwhelming. Their intense loyalty to each other is uplifting when that Cinderalla wimp bags the rich guy based solely on her looks.

The cast: Sisters Ali and Emma from ‘Too Close For Comfort’.  On the surface they’re fractious and always having a go at each other – but it’s with good reason. Their sisterly bond rescues both from painful situations with families and partners. They’re strong, feisty women who definitely don’t need a prince to zoom in and rescue them with a kiss.