The debut spotlight features are certainly proving very popular with visitors to the blog so it's my pleasure to introduce to you another debut author Helen Giltrow ahead of the paperback publication of her novel The Distance tomorrow. 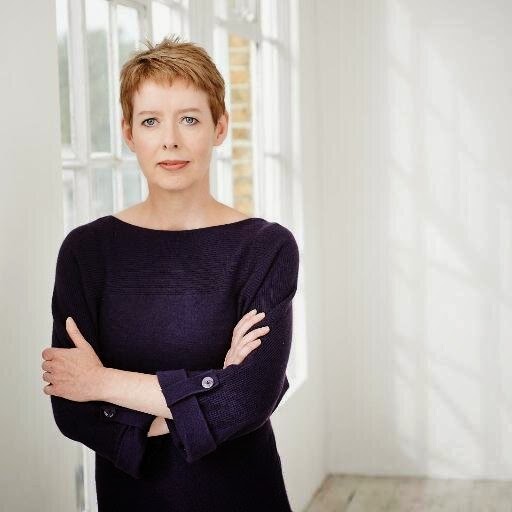 Helen Giltrow is a former bookseller and editor whose writing has been shortlisted for the Crime Writers’ Association Debut Dagger Award and the Daily Telegraph’s Novel in a Year competition. She lives in Oxford.

Her debut novel The Distance – a dark suspense thriller set in the world of criminal espionage, with a strong female lead – sold on the eve of the 2012 London Book Fair after a five-way UK auction; US and Canadian auctions followed. Translation rights have since been sold in nine territories including Germany, the Netherlands and Japan.

They don't call her Karla anymore. She's Charlotte Alton: she doesn't trade in secrets, she doesn't erase dark pasts, and she doesn't break hit-men into prison.

Except that is exactly what she's been asked to do.

The job is impossible: get the assassin into an experimental new prison so that he can take out a target who isn't officially there.

It's a suicide mission, and quite probably a set-up.

So why can't she say no?

Can you give us a brief overview of your debut novel The Distance?
The Distance is a thriller set in a near-future London, where the information age has spawned a private espionage network run by a woman who sells illegally-acquired data to the highest bidder, from behind a cover of respectable wealth.

At the same time, prison overcrowding and riots have brought about the temporary creation of a privately-run ‘secure community’ in a run-down suburb, where the inmates have started making their own rules.

The Distance spans both of those worlds.

Where did the inspiration come from to write about the world of espionage?
My dad was a big fan of John Le Carré’s ‘Smiley’ novels – when I was a kid he got me watching the BBC adaptation of Tinker, Tailor, Soldier, Spy, and introduced me to the books. He also lent me John Buchan’s thrillers – The Thirty-Nine Steps, The Three Hostages, Greenmantle ... So looking back, I started on espionage novels young. But before The Distance, I wrote mainly crime. I hadn’t thought of writing about the world of espionage until I stumbled on the character of Charlotte Alton, alias Karla.

Charlotte Alton’s not a conventional spy. She doesn’t work for MI5 or the CIA. She’s her own boss, and the secrets she unearths, she sells – usually to criminals. She does have a relationship of sorts with a retired British intelligence officer – she passes terrorist tip-offs to him – but she also buys information on Metropolitan Police operations from a corrupt cop. So, not your average ‘good guy’ ...

I think her character’s a reflection of our times. We live in an age in which intelligence agencies siphon off private information in the name of national security – and trade that information with each other. It’s not much of a stretch to imagine someone with good contacts, technical know-how and deep pockets, running an operation that does what those agencies do – but from the wrong side of the law.

I love the fact that you have a strong female character as the lead, was that always your intention or did she develop as you went along?
I didn’t have a female lead in mind originally. I was going to write a different book, and my main character was male. But in an early chapter he urgently needed information that he couldn’t get hold of legally. We saw him arrive at a fabulous flat in London’s Docklands – and then a woman walked into the room, dressed for the opera and putting in her earrings ... and that was Charlotte Alton. Two things were immediately clear to me: one, that she had more self-possession than any character I’d ever written about before; and two, that she was hiding something. Which made me wonder, what?

Even so, it took me months to realise how much more interesting the story might be if I told it through her eyes.

How much research did you have to do to enable you to write the book?
A lot. As part of the novel is set within an experimental prison, I read up on prison conditions, both in the UK and the US, to work out what it might be like inside. I also had help from a doctor and a paramedic; a couple of psychiatrists talked me through several scenes in detail; and a police officer helped with questions about hijacking vehicles and destroying evidence. The internet’s a great source of information too – I’ve spent hours poring over crime-scene training videos ...

Are you a plotter or do you prefer to see where the story takes you?
Occasionally I succumb to the lure of plotting. I spent ages on a plan for The Distance, in the belief that it was going to help me write a better book – or at least write it faster.  But as soon as I started writing I immediately went off-piste. I’ve tried it with the sequel too, but the resulting book died swiftly on the page. I’ve now given up on plotting completely. The only thing that seems to work is to find a couple of characters that interest me, throw them into an odd situation and see what happens.

Structural planning starts once I’ve got a first draft down – I’ll read it through, then pull it to pieces and put it back together again. That’s usually when I discover what the story’s really about.

How did you celebrate when you found out your novel was going to be published?
Well, champagne was out: I had a very heavy cold and with it, an inner ear problem that was making the room spin, so when the phone rang I was lying on the floor. It was my agent, with the news that a UK publisher had an offer for The Distance. I was staggered; I’d never thought it would sell.

By the middle of the next week, four more editors had put in bids, which left us, unbelievably, with a five-way auction. I took my heavy cold – and even heavier sense of unreality – on a three-day tour of the publishers, trying not to sneeze on everyone. On the final day, absolutely shattered, and having just thrown coffee all over my coat, I met Bill Massey at Orion, and as soon as he started talking I realised he got it: he saw the book exactly as I did. As we walked out of the meeting my agent said, ‘Well?’ and I said, ‘Him,’ and that was it: decision made.

So, no party and no fancy restaurant dinner – that heavy cold meant I’d lost my sense of taste. But I did finally have a glass of champagne, before I caught the bus home to Oxford.

Are you currently working on a new book?
Yes – the sequel to The Distance.