Today it's my pleasure to welcome Choc Lit author Sally Malcolm to the blog to find out more about her latest novel The Legend of the Gypsy Hawk which is the first in the Pirates of Ile Sainte Anne series. 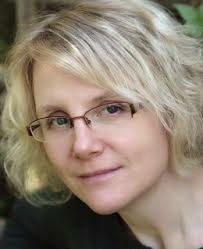 Can you tell us a little bit about your latest novel The Legend of the Gypsy Hawk?
I’d love to - thank you for inviting me onto your blog to talk about it!

The Legend of the Gypsy Hawk is a real swashbuckling adventure with a passionate romance at its heart.  It’s the tale of the devilish Captain Zachary Hazard, who returns to the pirate colony of Ile Sainte Anne after a six year absence to warn them of an imminent British attack.  But Zach doesn’t count on falling under the spell of Amelia Dauphin, the beautiful daughter of the island’s leader, whose bright spirit and adventurer’s eyes captivate him.

Torn between saving himself and protecting Amelia, Zach finds himself at the heart of the gathering storm.  But when the storm breaks Amelia makes a choice that tears everything apart, leaving Zach to decide whether his love for her will destroy him – or redeem them both in the end.

Where did the inspiration come from to write about pirates?
I have an enduring fascination with pirates.  We all love the dashing rogue sailing the Caribbean with a glint in his eye and a bottle of rum in his hand, but that’s only part of the appeal. What I really love about pirates is that they were radicals who rejected all social conventions.  In a world where birth and rank defined people’s lives, pirates took control of their own fate; they seized what they wanted and deferred to no one but the captain they’d chosen to serve.  They were free in a way few people were and that makes them exciting, daring and deeply attractive characters.

How do you go about researching pirates other than watching the gorgeous Johnny Depp in Pirates of the Caribbean?
Well, I won’t deny that Jack Sparrow formed a very enjoyable part of my research!  But there are many fascinating histories of piracy and I immersed myself in books such as Life Among the Pirates: The Romance and the Reality by David Cordingly and Seawolves: Pirates and the Scots by Eric J. Graham.  I was also lucky that the Museum of London, Docklands, ran a fabulous exhibition back in 2011called Pirates: The Captain Kidd Story.  It contained so much wonderful detail about how pirates lived, aboard ship and on land, and how they were punished – including a gruesome gibbet used to display pirates’ bodies at Execution Dock, in Wapping.  I still carry the (fake!) piece of eight that I bought at the museum.

Which character was your favourite to create, Amelia or Zach?
I have to say Zach; I always love my heroes the most, I can’t help it!  He’s seductive, intense and troubled – although he takes pains to hide it behind a veneer of wily charm.  I think of him as spiced dark rum with a smile like the flash of Caribbean gold.

Can you describe The Legend of the Gypsy Hawk in 3 words?
Swashbuckling, passionate, adventure.

Come then, and I’ll tell you the tale of the Gypsy Hawk and her wily captain – the infamous Zachary Hazard …’

To Amelia Dauphin, freedom is her most prized possession and she will stop at nothing to keep it. Daughter of a Pirate King and the youngest captain in her father’s fleet, she lives on the island of Ile Saint Anne, where pirates roam free and liberty reigns.

Zachary Hazard, captain of the Gypsy Hawk, hasn’t been seen on Ile Saint Anne for six years but his reputation precedes him. To Zach, liberty is the open water and he has little time for the land-bound pirate island.

But when he hears that Amelia’s people could be in danger, he has no choice but to return. And what begins then is a desperate fight for freedom and a legend in the making…

Are you currently working on a new book?
Yes, I’m working on a new historical romance, called The Thief Taker, about a streetwise heroine called Lena Hartstone.  After her brother’s murder, Lena works as a thief taker under the patronage of Lady Frances Stowbridge, tracking down highwaymen and bringing them to justice.  But to unmask the most notorious highwayman of all, the man she blames for her brother’s death, she’ll have to enter dangerous and unknown territory – London’s high society.

What does a typical writing day look like for you?
On a writing day I see the children off to school and get to my desk by nine o’clock.  I write best in the morning, so I try not to let anything distract me from getting straight down to work.  I write until one o’clock when I stop for lunch for about half an hour and listen to the news.  I aim to have written 2000-2500 words by that point.  After lunch I get sleepy, so I keep myself going with a cup of tea and read through the morning’s work, doing a light edit and polish until I’m more-or-less happy with it as a first draft.  By then, the children are usually home and it’s time to get back to being ‘mum’.  In the evening, I’ll look at emails and other bits and bobs.

What would you say is the best thing about writing?  And on the flip side, what's the worst?
The best thing about writing...  There are so many!  I love those times when you’re in the zone and can barely type fast enough to keep up with the words that are flowing.  I love when I look up and realise that two or three hours have passed and I haven’t even noticed.  I love interacting with people who’ve read my work; it’s always so lovely to know that something I’ve written has cheered someone up, or kept them reading late into the night.  It’s thrilling.  But mostly I just love the process of writing, of being inside the story and spending time with characters I adore.

And the worst thing about writing?  Waiting for reviews.  So much depends on reviews that it’s a pretty nail-biting time waiting for them to roll in.

What is the best writing advice you have ever received?
I can’t remember where I got it, but the best piece of writing advice I’ve picked up is to never stop writing at the end of a scene.

Starting is often the hardest thing about writing and if I stop at the end of a scene it means that, when I go back next time, I spend a lot of time working out how to start again.  If I stop mid-scene, however, or even mid-conversation, I find I can just dive straight back in.

This really helps me avoid procrastination.  So, if I reach the end of a scene at the end of my writing time, I’ll always take a moment to start the next scene – even if it’s just the first sentence or two.   It’s so much easier to start a scene when the juices are flowing than to try and do it the next morning when I’m just warming up.

What writers inspire you?
My favourite author for lots of reasons is Jane Austen – no better writer for character, wit, or economy of language.  I also love Kazuo Ishiguro, Hilary Mantel, Joanne Harris, and Sadie Jones, as well as my friend, Jo Graham, who wrote a wonderful book about pirates in the ancient world called Black Ships.

If you could write in collaboration with another author, who would you like to write with?
I frequently write in collaboration with my fabulous writing partner Laura Harper and I can’t imagine anyone better.  We’ve written a huge amount together and our latest collaboration, Stargate SG-1: Exile, is out this summer.  I love working collaboratively.  Laura and I bounce ideas back and forth and I always feel that the story improves the more we talk about it.  Even when we’re working on individual projects we’ll chat over Skype in the evenings, swapping scenes and thoughts about each other’s work.  I find it a hugely productive way of writing.  As they say, two heads are better than one.

When you’ve finished writing a book, do you treat yourself to a reward?
Writing ‘The End’ always feels like a huge achievement and I definitely give a sigh of relief at that point.  I feel a weight lift off my shoulders and reward myself by taking my foot off the gas for a couple of weeks.  I know I’m a little ‘absent’ from my family while I’m writing, so I take time to decompress and spend time with them before I jump into the editing.

Thanks so much for having me on your blog, Shaz!