Today it's my pleasure to welcome Choc Lit author Rhoda Baxter to the blog so that we can find out a little more about Please Release Me which was published as an eBook earlier this month. 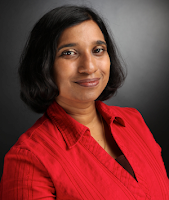 Can you tell us a little bit about your latest novel?
Please Release Me follows the lives of three people – Sally, who is in a coma; Peter, whose life is on hold because he doesn’t know if his new wife will wake up or not; and Grace, who has been a carer for a long time and is struggling to get back to a ‘normal’ life. It’s a romantic comedy set in a hospice. I will be donating half my royalty earnings to Martin House Children’s Hospice.

It started with a single image of two women who were ‘frenemies’. One of them, a bride, was a ghost.

What inspired you to write about the stages of consciousness of someone in a coma? How much research did you need to do?
Once I worked out that Sally was in a coma, rather than actually dead, I did some research into comatose patients.  I found out a lot of stuff about the Glasgow Coma Scale and assessment of levels or awareness.  I put some of it in the early drafts, then figured out that, whilst interesting, they didn’t serve the story, and took them all out again.  Once I had a second/third draft, I asked a @zoegoodacre, who works in the NHS and knows a ton of stuff about palliative care, to beta read it. She picked up a few points that weren’t quite right – like how long a person would be kept in a medically induced coma and a bit about the parallel planning side of things. [Parallel planning is when the family have to think about  several care plans – one where the patient wakes up, one where they don’t  and one what happens when they die– the plans (often nothing more than a conversation) run alongside each other, so if a change occurs you can switch from one to the other. Peter mentions it to his mother at one point].

I also asked a couple of people who had been long term carers to beta read, just to check that I hadn’t done anything insensitive.

If you had to describe Please Release Me in one sentence, what would it be?
Ghost meets Mean Girls.

What can we expect from you next?
Please Release Me was a difficult book to write because I had to live with some very sad people in my head for a while. I needed a break, so I wrote another book in my Girl series of rom coms that started with Girl On the Run. It’s a more light hearted rom com about a woman who doesn’t want to have children and a man who does. Olivia is a grown up tomboy with quite a sharp tongue and Walter is slightly scatty and very sweet. They were a lot less intense that Peter, Sally and Grace from Please Release Me, but still a lot of fun to write.

How did your writing journey start?
When I was around 10, I used to write to the Observer Children’s Corner in Sri Lanka. It was such a thrill to see my work published. I loved it. I wrote stories when I was a teenager. We weren’t allowed romance novels in my school, so I used to write my own and pass them round. I’ve still got those old stories, written on foolscap paper, with notes from my friends on the margins. One of those friends still reads my books. She emails her feedback now.

I stopped writing when I was at uni, apart from the odd film review for the Oxford Daily Information, which still appeared in print back in those days. I started writing in earnest again when I got my first ‘real’ job and started commuting to London. I had 3 hours on the train each day to read and write. I learned the craft trying (not very successfully) to write short stories.

It took me three years to write my first book, which collected a fat pile of rejections. My second book was the first comedy I’d ever written and it felt so right! It flowed out at a pace and only took 8 months to write. I had a few rejections from agents because there were too many emails it in (this was before Joanne Harris wrote Blue Eyed Boy and made it okay for characters in books to use email and blogs). I decided to send it to ebook publishers instead and it was snapped up by the first one I sent it to (Uncial Press in the US). I had two books with Uncial and then Choc Lit took Doctor January, which came out last year. I’ve been with Choc Lit ever since.

What is the best writing advice you have ever received?
Write. Edit. Submit. Repeat.

(I learned that from the BBC Get Writing forum, where they ran monthly totals of how many pieces of short writing you submitted to markets vs how many got accepted for publication. The best way to increase you hit rate is to make lots and lots of submissions. I’m not sure it works the same for novels, but it was a good lesson in learning to let go of your work so that it can be judged.)

What does a typical writing day look like for you?
I have a day job and two kids, so my writing day doesn’t start until 9pm, when I sit in bed with my laptop and start typing. I do this every night. I work part time, so I often have a half day which I use to catch up with things. If I get most of my chores done in time, I sometimes get a few hours extra to do some writing.

Even if I’m not physically writing, I think about my characters and plots all the time. This might explain why I’m so scatty.

Are you a plotter or do you prefer to see where your writing takes you?
I’m a bit of both, really. I start off with a vague idea – a scene and a couple of characters, maybe. I then have to work out what each character’s problem is (everyone must have a problem, otherwise it’s not nearly as interesting). I make a rough outline – using the really low tech method of writing a list of numbers from 1 to 20 and slotting in key scenes. Mostly, I end up with about 15 scenes that I know are going to happen. Then I start writing. It takes about four chapters before I hit my groove and can hear the voices of my characters properly.

I always get stuck around halfway through and have to eat copious amounts of chocolate and change direction a bit. My first draft always comes in too short and too messy, so I go through it again to figure out what I need to remove or add.  More chocolate is needed.
I always envy people who can plot a story fully before they start writing. It would be so much quicker to do it that way.

What would you say is the hardest thing about writing?
The middle. No, the beginning. No wait, the editing… can I just say it’s all hard? Actually, the hardest thing is keeping going, especially when you’re no longer sure whether what you’re writing is any good. The temptation to give up and take up lion taming is huge. You have to keep going though. Every book feels like the worst book on earth when you’re writing it.

If you could write in a collaboration with another author, who would you like it to write with?
I guess they have to be alive (otherwise, I’d channel Terry Pratchett!). I’d love to work with Meg Cabot because her Boy Meets Girl book inspired me so much. More realistically, I’d love write in collaboration with some of my fellow Choc Lit authors because it would be such a laugh. Mind you, we’d probably drink too much wine and not actually get much writing done.

Do you get much spare time for reading?  And if so, does being a writer affect the way you see books as a reader?
I don’t really get much spare time. When I do, I try to cram in some writing related work. Sometimes, if the kids are hogging the computers,  when I grab my phone and read on the Kindle app. I’ve always loved to read. All writers are readers first. I love to get lost in another world.

Being a writer affects my reading in the first few chapters of the book. If the story is dull or the characters aren’t interesting I will stop reading and move on to something else. My reading time is too precious to waste. If the writing is bad , but the story is good, I’ll probably keep reading.  Sometimes I will get to the end of the book and think ‘wow. I wonder how he/she did that’ – then I might go back and read it again with my ‘writer’ head on. The last time I did that was with Julie Cohen’s ‘A Summer Of Living Dangerously’.

Do you treat yourself to something nice to celebrate the publication of your novels?
Yes. I love stationery. I usually buy myself something like a notebook, which is silly because I rarely write in notebooks anymore. I’m much more comfortable typing. When Please Release Me comes out, I’ll probably order myself a nice geeky t-shirt. I’ve got my eye on one already…

What if you could only watch as your bright future slipped away from you?

Sally Cummings has had it tougher than most but, if nothing else, it’s taught her to grab opportunity with both hands. And, when she stands looking into the eyes of her new husband Peter on her perfect wedding day, it seems her life is finally on the up.

That is until the car crash that puts her in a coma and throws her entire future into question.
In the following months, a small part of Sally’s consciousness begins to return, allowing her to listen in on the world around her – although she has no way to communicate.