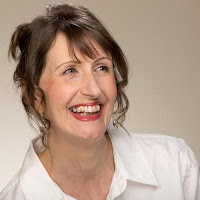 Ellie Holmes was born in Essex but made in Cornwall and she uses those two places as sources of inspiration for her writing. Ellie juggles commitments to family and friends alongside a part time job in the law and her writing. She describes her days as hectic and her nights as long.

Can you tell us a little bit about your debut novel The Flower Seller?
The Flower Seller is a commercial women’s fiction novel and tells the story of Jessie Martin who, refusing to retire from the battlefield of life following her husband’s infidelity, resolves to put her heartache behind her and start over. She doesn’t want to be that woman who was too scared to love again. When fate brings handsome flower seller Owen Phillips into her life, Jessie believes he may be the one, but is her fragile trust about to be shattered all over again?

The cover of your book is gorgeous, did you have much creative input into its creation?
Thank you so much. Yes, I was fortunate enough to have a lot of input. I wanted to work with the wonderfully talented Berni Stevens www.bernistevensdesign.com as I had long been an admirer of her work. Fortunately for me, she agreed to take the gig.  Part of the brief I gave was that I wanted the cover to be eye catching and beautiful with rich colours. She certainly delivered and I’m thrilled with it.

What message would you like readers to take from The Flower Seller?
That you should never retire from the battlefield of life and, as much as possible, you should live life with the handbrake off.

What can we expect from you next?
The Tregelian Hoard will be out in September.  It’s a romantic, cosy mystery, set against the stunning backdrop of the Cornish countryside and is the first in my Cornish Intrigue Series featuring intrepid portable antiquities specialist, Jonquil Jones.

After suffering a broken engagement, Jonquil has moved to Cornwall for a fresh start. When a golden find, which has lain hidden beneath the ground for centuries, is reported, Jonquil can feel her soul stirring with excitement.

Can Jonquil, with the help of handsome landowner’s son, Drew Danvers, persuade the ancient landscape to yield its secrets or will treasure hunters beat them to it? And can Jonquil find a way to set aside her fears and risk her battered heart once more on love?

My next full length novel, White Lies, will be released in June 2017.  It tells the story of interior designer Sam Davenport as she struggles to reconcile herself to her husband Neil’s actions and we discover what happens when seemingly innocent white lies get out of control.

How did your writing journey start?  Had you always wanted to be a writer?
I have always written stories but my professional writing journey started in 2005. That was the year I joined the Romantic Novelists’ Association’s New Writers’ Scheme, went to my first writing conference and landed a contract with a London literary agent.

Have you treated yourself to something special to celebrate your publishing your debut novel?
I haven’t yet but I hope to get a puppy later this year.

Jessie Martin believes that when it comes to love there are three types of people: the skimmers, the bottom dwellers and the ones who dive for pearls. Jessie is a pearl diver. She had thought her husband William was a pearl diver too. But when William leaves her for a much younger woman, it’s not just Jessie’s heart that is broken, her ability to trust is shattered too. All Jessie wanted was a love she could believe in. Was that so much to ask? Loyalty it seems has gone out of fashion.

Refusing to retire from the battlefield of life, Jessie resolves to put her heartache behind her. She doesn’t want to be that woman who was too scared to love again. There has to be another pearl diver out there; all she has to do is find him.

Urged on by her sassy best friend, Anne and her daughter Hannah, Jessie makes three New Year’s resolutions: get a divorce, get a promotion, get a life. Enthusiastically embracing her new start, Jessie sets about making all her resolutions come true.

When fate brings handsome flower seller Owen Phillips into her life, will Jessie have the courage of her convictions? Can she take her heart in her hands and give it away again? Hope springs eternal they say but a bruised heart needs to time to heal. Will Owen have the patience to understand? Will Jessie be brave enough to take that leap of faith?

By the time summer holds her firmly in it’s warm embrace, Jessie’s monochrome world of heartache has been transformed into one full of colour, romance and love.

Jessie can hardly believe her luck. Can Owen really be the one?

All things seem possible and even husband William’s attempts to bully Jessie into a less than fair divorce settlement don’t have the power to upset her as they once might have. Supported by Owen, Jessie stands her ground. Putting William’s deceit and betrayal firmly in the rear view mirror of her life, Jessie is full of hope for the future. Perhaps loyalty and true love haven’t gone out of fashion after all.

When autumn’s burnished hues colour the world around her, Jessie looks forward to cosy nights by log fires with her handsome flower seller. But is Owen really the pearl diver Jessie had hoped for? Or is Jessie’s fragile trust about to be shattered all over again?
Posted by Sharon at 06:30