Under the debut spotlight today it's the turn of Marie Campbell whose debut novel Baby is out now as an eBook and will be published as a paperback in a couple of weeks. 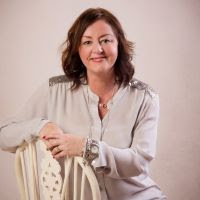 Marie Campbell was born in the north-east of England in 1972. Growing up, she spent many hours reading and writing stories, and can still recall the pride when, aged seven, her story was the one chosen to be backed with cardboard and put on display.

Fast-forward several years, via an abandoned teaching degree, many years as a Civil Servant, and a new baby, she embarked on a writing course, driven by lifelong passion for words. Baby started life on this course, and is Marie’s debut thriller, set in Edinburgh, where she lives with her partner and their son.

Can you tell us a little bit about your debut novel Baby?
Baby is a psychological thriller, based in Edinburgh, where I live. In it, Michael Stanton, goes to work one day and doesn’t come back. Everyone thinks his pregnant girlfriend, Jill, should accept that he has left her. But she just won’t believe that Michael would walk away from her and their unborn child. Increasingly desperate and alone, she is determined to find him.

What Jill doesn’t know is that Michael’s beautiful ex, Anna, wants him back, and won’t take no for an answer. And it isn’t just him she wants…

Where did the inspiration come from to write this book?
My absolute favourite books are thrillers, so I was naturally drawn to writing a book in this genre.

Although this is my first book, I have also written many short stories, and in the main, they tend to have a dark side. I like to think ‘What would happen if…’. In the case of Baby, I thought about what would happen if someone believed they had an absolute right to something, and the lengths they would go to to get it.

If you had to describe Baby in one sentence, what would it be?
Dark, mysterious and unexpected.

The psychological thriller market is proving really popular at the moment, what do you think is its appeal to both writers and readers?
Although psychological thrillers have always been around, there has been a surge in popularity in recent years, with Gone Girl and Before I Go To Sleep just two of the brilliant books that come to mind. For me, the appeal is in the fact that the stories examine what happens to ordinary people in extraordinary situations, and what they can become capable of.

I’ve seen psychological thrillers referred to as ‘grip-lit’ and I suppose as a genre, this is what they are about – readers want to know why characters are behaving as they are, and are drawn into the mind games and twists, even if they are horrific at times.

What can we expect from you next?
I’m currently working on the first draft of my second novel, another psychological thriller, with a theme of revenge.

How did your writing journey start?
It’s just something that I’ve always done, really. As a child, I wrote handwritten stories in exercise books. I’ve always kept diaries and journals. And for many years, I have written short stories. There is something magical about creating a story, with characters and a theme, and seeing where that story takes them. Reading is one of my favourite ways to spend time, and from that love of words and books, the urge to write took hold.

Five years ago, after having a baby and taking a career break from the Civil Service I decided to embark on an online writing course. Another course followed, by which time I had quite a portfolio of short stories, many of which I entered in competitions and a few of which were successful. I’d always wanted to write novel, though, so another course followed, and by then end of it I had a very short, very rough book.

Many drafts later, followed by a long, but ultimately successful, search for an agent and then a publisher, and my book was finally ready to be published. It sounds cheesy, but it really is a dream come true.

Have you treated yourself to something special to celebrate your publishing your debut novel?
Actually, no, but your question has made me think that I should, and I’ll take action to rectify that immediately!

Finally have you anything exciting planned for publication day itself?
The ebook is already available on Amazon, and publication day was such a flurry of excitement and keeping up with all the lovely messages I received from friends, family and via social media, that I haven’t had a chance to celebrate properly! That is something else I will rectify very soon though, and when the print copy becomes available in a few weeks, further celebrations will follow!

When Michael Stanton goes to work one day and doesn’t come back, everyone – friends, family, police – thinks his pregnant girlfriend Jill should accept he’s left her. After all, he’s done it before.

But Jill just won’t believe that Michael would walk away from her and their unborn child. Increasingly desperate and alone, she’s determined to find him.

Just where is Michael?

What Jill doesn’t know is that his beautiful ex, Anna, wants him back, and won’t take no for an answer. And it isn’t just him she wants…

In a maze of captivity, sexual tension and dark desire, Michael battles with his feelings. Does he really want his normal life back, or could there be a future with the woman who terrifies, controls and fascinates him?

You can connect with Marie via the links below: