The Write Stuff with... Kim Izzo

Today it's my pleasure to welcome author Kim Izzo to the blog to talk about the real life experience of her great-grandfather which inspired her latest book Seven Days in May. 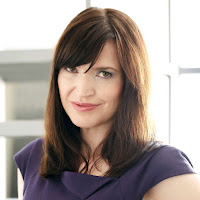 Seven Days in May is my first historical novel and it was inspired by a very personal connection. “My father jumped into the water with two children. He tried to save them but they both drowned.” I’d heard that story all throughout my childhood, told to me by my grandmother Muriel. My great-grandfather, Walter Dawson, was a survivor of the sinking of the Lusitania that was torpedoed by the Germans on May 7, 1915.

History’s great tragedies tug at our emotions, and retold years later they capture the imagination of new generations, binding us to another time, another place. These tales of human suffering, sacrifice and heroism endure, and when reimagined as a novel or film, our imagination takes us back in time.

Unlike that other famous ship, the RMS Titanic, which stayed afloat for over 3 hours, the Lusitania sank in approximately 18 minutes, taking with her 1,198 souls to the bottom of the sea. Among her most notable fatalities were American billionaire Alfred Vanderbilt, and Broadway producer, Charles Frohman, who had produced Peter Pan, among other hits.

Walter was not one of the wealthy passengers, a working class Yorkshireman who had immigrated to Boston the year before war broke out; he was heading home to join up alongside his two brothers.

The image of Walter diving over the railing into the sea was harrowing and it stayed with me, as both a point of familial pride and also an interesting family fact. But it wasn’t until the publication of my first novel, The Jane Austen Marriage Manual that the idea of writing about the Lusy came to mind. And to be honest, it wasn’t my idea. A fellow author and journalist, Hugh Brewster, who is a world-renowned Titanic expert, was at the book launch party. I had told him about Walter and the Lusy when his non-fiction book, RMS Titanic: Gilded Lives Fatal Voyage, had been published the same spring, and he casually suggested, “You should write a novel about the Lusitania and your ancestor.”

Easier said than done. It took three years of painstaking research and writing – including a transatlantic crossing of my own aboard the Queen Mary II, courtesy of Cunard, the shipping company that built and owned the Lusitania – but Seven Days in May, is now published.

And my grandmother’s story was accurate. I not only found the passenger and survivor list for the Lusitania’s final voyage, but a historian and Lusitania expert by the name of Mike Poirier actually had a copy of an old newspaper clipping where Walter was interviewed a few days after the tragedy.

Reading Walter’s own words were like traveling in a time machine – it was the “sound” of my great-grandfather speaking to me across the century. He described how he stood on deck that fateful afternoon of May 7 – a glorious sunny day with the coast of Ireland in plain sight – when what some thought was a porpoise turned out to be a torpedo. Walter described seeing the streak in the water, the eye of the submarine’s periscope, and the storm of debris that rained down on them after the explosion. There were two explosions – the modern theory is the main steam line ruptured after being struck – and the ship listed and finally sank. Walter attempted to remain on board as long as possible, climbing to the stern. But he saw how swiftly the ship was sinking and dove off into the ocean. Walter spoke of trying to save two young boys but how both drowned. I can’t imagine how that must have felt. But I tried to when I wrote the traumatic scenes of human struggle for survival and surrender to death that occurred that afternoon.

Turning history into fiction was a challenge and a responsibility – you want to get the facts right and do justice to the memory of the departed. The story of the Lusitania’s final voyage is a complex one – tales of espionage, Winston Churchill and a secret war room in London had to be woven into the romance and glamour of the ship’s voyage. Characters I created had to blend seamlessly with real men and women. I owed it to the Lusy’s passengers, rich and poor, who sailed unknowingly toward their doom, enjoying the last moments of innocence before the realities of modern warfare changed the world forever. And now Walter’s part in history is preserved.

As the First World War rages, two New York heiresses, Sydney and Brooke Sinclair, are due to set sail for England. Brooke is engaged to marry impoverished aristocrat Edward Thorpe-Tracey, the future Lord Northbrook, in the wedding of the social calendar. Sydney has other adventures in mind; she is drawn to the burgeoning suffragette movement, which is a constant source of embarrassment to her proper sister. As international tempers flare, the German embassy releases a warning that any ships making the Atlantic crossing are at risk. Undaunted, Sydney and Brooke board the Lusitania for the seven-day voyage with Edward, not knowing that disaster lies ahead.

In London, Isabel Nelson, a young woman grateful to have escaped her blemished reputation in Oxford, has found employment at the British Admiralty in the mysterious Room 40. She begins as a secretary, but it isn’t long before her skills in codes and cyphers are called on, and she learns a devastating truth and the true cost of war.

As the days of the voyage pass, these four lives collide in a struggle for survival as the Lusitania meets its deadly fate.
Posted by Sharon at 06:15