Today it's my pleasure to welcome author Sue Moorcroft back to the blog for today's stop on her The Little Village Christmas blog tour. 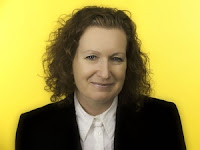 Can you tell us a bit about yourself and your writing journey?
It took me a while to get into reading and writing, owing to interrupted education, but once I began to get the hang of it I fell in love with stories. As soon as I realised that someone had to create the words in a book, I wanted to be that person. It took a while to get going but my first paid, published stories began to appear in magazines in 1996 – and are still appearing. My first novel was sold in 2004 and The Little Village Christmas is my 11th published novel. Along the way there have been more than 150 short stories, six serials (look out for the seventh, Moonlight Over Middledip, in My Weekly, issues 2 and 9 December), a writing guide, four writing courses and a multitude of columns and articles. I like to keep busy.

I was born in Germany, as I come from an army family, and spent much of my childhood until I was eight years old in Malta and Cyprus. I wasn’t that keen on coming home to the UK but I’m just about over the trauma now.

If you had to give an elevator pitch for The Little Christmas Village, what would it be?
The Little Village Christmas is about discovering your new life in the ashes of the old. Alexia has to stay in Middledip and help rescue the project of turning The Angel pub into The Angel Community Café after someone runs away with all the money. Ben, who’s been hiding out in the woods at the edge of Middledip village, keeps finding himself drawn further and further into Alexia’s valiant rescue attempt.

The Little Christmas Village sees a return to your fictional village of Middledip, had you always planned to write another story at a later date or is this something that just crept up on you?
It just crept up on me! After visiting for a couple of chapters of The Christmas Promise I found I wanted to see what was going on in the village again. There have been changes! But what is the same is the charm of the little Cambridgeshire village for my characters. Alexia does dream of living a more sophisticated life in London for a while but she finds it harder than she’d anticipated to detach herself from her friends and the village she loves.

From social media it would appear that most of the festive stories are written out-of-season, how hard is it to get Christmassy on a rare hot Summer's day?  And vice versa, writing about Summer holidays abroad when in the midst of  Winter?
It’s definitely easier to write about Christmas in winter but a book takes quite a while to write so each book, summer or winter, spreads over more than one season anyway. When I was writing a lot of short stories in magazines it was comment to be getting your Christmas stories in in June and your summer stories in December. NB Having said that, it was fantastic to write part of next year’s summer book, One Summer in Italy, while on a writing retreat in Italy.

If you could give one piece of advice to an aspiring author, what would it be?
I can never restrict myself to one so I have three: persist, educate yourself, and learn about publishing as well as writing.

If you get a block during the initial writing phase, how do you work your way through it?
I don’t have time in my schedule for blocks. Some days the book turns to treacle but there’s always something I can do to kick-start it, like a bit of research or jumping forward to write a scene I’m looking forward to. If I’m struggling with a character or where a plot’s going I might meet (or Skype) a writing friend to talk it through.

What essentials do you need to have close to hand when you are in writing mode?
I prefer working at home in my study on my old but trusty iMac. I often have music playing and a cuppa beside me. I like lots of paper to scribble on, either for making notes or doodling while I think. I’ve also written on the move on a tablet/keyboard combination, on paper, on my phone or on my laptop.

What writers inspire you?
Nevil Shute, Katie Fforde, Brenda Novak, Linda Howard, Suzanne Brockmann … To be honest, I’m inspired by every book I read and enjoy. And I read a lot.

Where would be your idyllic location or a writing retreat?
I’m lucky enough to head up writing retreats for Arte Umbria [www.arteumbria.com] in Italy and there will be two one-week retreats in 2018. When other writers went on writing retreats I was highly sceptical of any work getting done – until I tried it. It’s amazing! I wrote a quarter of the first draft of One Summer in Italy sitting on that gorgeous Italian terrace. I’ve always had a hankering to write in Malta too, because it’s the second home of my heart.

Do you treat yourself to something to celebrate the publication of your books?
It’s a fantastic feeling of course. I don’t have a set treat but going out for dinner has seemed absolutely necessary in the past. I’ve been lucky enough to receive Publication Day flowers, champagne and chocolate also. It’s like having a birthday without the disadvantage of my age increasing by a digit.

And finally, what can we expect from you next?
One Summer in Italy is scheduled for publication in May 2018. It’s the story of what happens to Sofia when she acts on a promise to her dad and travels to Monteliberta in Umbria, Italy, after being his carer for a long time. Dad, Aldo, came from Monteliberta and he asks her to lay flowers for his parents, to say sorry to his brother, to drink Orvieto Classico as it’s meant to be drunk, not to mope, and to be happy. Some of these promises are easier to keep than others.

Thanks for inviting me onto your lovely blog, Shaz. ☺

Alexia Kennedy – interior decorator extraordinaire – has been tasked with giving the little village of Middledip the community café it’s always dreamed of.

After months of fundraising, the villagers can’t wait to see work get started – but disaster strikes when every last penny is stolen. With Middledip up in arms at how this could have happened, Alexia feels ready to admit defeat.

But help comes in an unlikely form when woodsman, Ben Hardaker and his rescue owl Barney, arrive on the scene. Another lost soul who’s hit rock bottom, Ben and Alexia make an unlikely partnership.

However, they soon realise that a little sprinkling of Christmas magic might just help to bring this village – and their lives – together again…