The Write Stuff with... Abi Silver

Today it's my pleasure to welcome Abi Silver to the blog for the latest stop on her The Aladdin Trial blog tour. 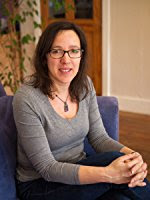 ‘In nothing do men more nearly approach the gods than in giving health to men’ : Cicero

#These are a few of my favourite things – part one

I am fortunate (I think) in that idea generation comes easily to me. At any one time, I have many and varied concepts for stories whizzing around my head, often at the most inopportune moments. Capturing and taming those undisciplined thoughts and marshalling them, persuading them to give an exhilarating, thrilling performance which leaps off the page; that’s the difficult bit!

The Aladdin Trial touches upon a number of current themes, all close to my heart, including (but not limited to – slap my fingers, that’s the pedantry of my legal training asserting itself) the pressures placed on hospital staff to provide an exemplary service when money is tight and targets have to be met, the difficulties faced by refugees wanting to integrate into British society and the speed at which new technology is taking over routine and skilled tasks, without regulation. Phew! When I read back through that list, it sounds like heavy fodder for your poolside read. But what I have tried to achieve, regardless of those weighty topics, is an entertaining and compelling story. In this post, I will say a few words about the first subject – aka ‘aren’t our doctors wonderful?’

During January 2015 I spent the best part of two weeks in a London hospital, when my mother was rushed in for an emergency major operation. She was incredibly brave and positive, but even she faltered for one moment; as they took her down to theatre she called out to me ‘if I don’t survive, you have to promise you’ll dance at [middle son’s] barmitzvah’. Well, some stories just have to have a happy ending and five months on, she was throwing some moves herself on the dance floor (no we didn’t fling her up on a chair), thrilled to have been given a new lease of life. The Aladdin Trial is dedicated to my wonderful, resilient Mum.

And, as with many ‘life experiences’ good and bad, this period of sitting, waiting, talking, cogitating, crying, laughing, advising, counselling and plenty of reminiscing, left a profound impression on me. First of all, I felt in total awe of the doctors I met; their skill and care, dedication and perseverance, their breadth of knowledge and commitment. Some of the support staff were also real characters; mum had her favourite nurse, with whom she exchanged addresses just before she was discharged and one of the cleaners loved to chat.

But I also noticed gaps in the care my mother received, mostly linked to lack of resources and funding. She desperately needed physiotherapy, but there appeared to be only one physiotherapist for the entire hospital and it was impossible to contact him or arrange a time for him to come when I was around. The nurses were all on temporary contracts from agencies, which provided little continuity of care. And her surgeon (feel free to replace with ‘warm, caring, miracle-working, Scottish, life- saver’) was so run off his feet that he would often have to check up on mum, in the middle of the night. I have no idea when he slept.

And so this real-life drama provided the backdrop for the ostentatious (and totally fictitious) demise of poor Barbara Hennessy (my flamboyant artist), in an equally made-up London NW3 hospital, called St Mark’s. And the ease with which my legal ‘dream team’ of Judith and Constance is able to wander the floors at all hours, in the hope of finding some clues, in my story, was very much reminiscent of my own hospital visits, which, given the seriousness of mum’s condition, were permitted both day and night.

I’m not certain now, three years on, whether, during those long days, I did actually appreciate that I was ingesting food for my writing. I was fairly preoccupied with The Pinocchio Brief, which was taking shape, slowly, around hospital visits and daily life. But, I suspect, mum, razor-sharp as ever, despite her medication, would have suspected that’s what was engaging my thoughts on those occasions when she caught me staring off into the distance. After all, mothers tend to know you best. 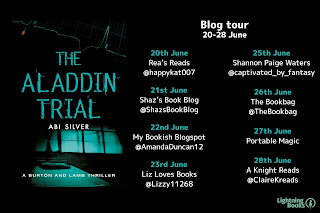 An elderly local artist plunges 100 feet to her death at an overstretched London hospital and the police immediately sense foul play. The hospital cleaner, a Syrian refugee and loner, is arrested for her murder. He protests his innocence, but why has he given her the story of Aladdin to read, and why does he shake uncontrollably in times of stress?

Judith Burton and Constance Lamb reunite to defend a man the media has already convicted. Together they uncover not only the cleaner’s secrets, but also those of the artist’s family, her lawyer and the hospital.
Posted by Sharon at 08:30