It's the start of a new week so it must be time for the next Salisbury Literary Festival post.  Today I'm delighted to welcome Asia Mackay to the blog to talk about her debut novel Killing It and her appearance at the festival next month. 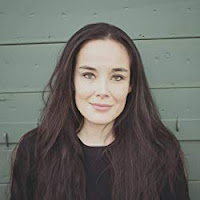 Can you tell us a bit about yourself and your writing journey?
I’m a mum of four and Killing It is my first book. As much as I loved writing at school I’d never really pursued it. Then one night I was crawling across my kids’ bedroom floor trying not to wake the baby and I thought if only I had some kind of special ops training, maybe I’d manage to get out of here without him waking. It sparked the idea of a hard-core secret agent busy on important missions for the good of the country, but still having to rush home in time for bath time.

I found myself jotting down notes on my phone when feeding - ‘Gun in nappy bag, pretend formula is cocaine, does breast milk have DNA in?’ – the mad ramblings of a sleep-deprived mother. After a few months of this I realised I needed to either make a go of it or just forget about it. I sat down one evening and started writing and the very first paragraph I ever wrote is still the opening to Killing It. I took the little I had written and a rough plot outline to a seven-month online Writing a Novel course at the amazing Faber Academy - and by the end of it I had a very rough first draft.

How did it feel to be shortlisted and eventual runner up in the Richard and Judy Search for a Bestseller competition?
When you’re spending evenings alone typing away into your laptop it’s very easy to be swallowed up by self-doubt and fear you’re spending time on something that no one will ever read let alone enjoy. Therefore being shortlisted meant everything to me – it was much-needed validation that my writing might actually have some potential. Becoming the eventual runner-up and being offered a two-book deal was more than I ever could’ve hoped for when I first thought of my gun-toting lactating heroine, so I feel very very lucky.

If you had to give an elevator pitch for Killing It, what would it be?
When an assassin returns to work after maternity leave, she must juggle her latest high-stakes mission with rushing home for bath-time.

Killing It has a sassy leading lady in Alexis Tyler – Spy, Wife and Mother – where did the inspiration come from to write a kick-ass thriller featuring a woman assassin?
I was influenced by my own experiences as a first-time mother and a belief women deserved their own secret agent heroine. Lex Tyler is just as well-trained and ruthless as James Bond but whilst his private life is merely about juggling romantic liaisons, Lex is rushing home for bath time, trying to persuade her daughter to eat her vegetables and wondering if she’ll ever get a full night’s sleep again. Whereas Bond might need the flashy car with the machine gun headlights, Lex can get the job done just as well in a Volvo with a rear-facing car seat. She’s a capable, relatable hero who has to battle sexism at work and Mum guilt in among life or death operations. In my opinion that makes her MUCH more hard-core than Bond.

Every working mum has had to face it.

The guilt-fuelled, anxiety-filled first day back in the office after maternity leave.

But this working mum is one of a kind.

An elite covert agent within Her Majesty's Secret Service.

Her first project back is a high-stakes hit of global significance and the old boys network of government espionage is far from ready for the return of an operational mother. But woe betide anyone who ever tells Alexis Tyler 'you can't'.

She will have it all. Or she'll die trying . . . And yes, she damn well will be home for bath time.

I'm looking forward to your panel at this year's Salisbury Literary Festival, how did you feel to be invited to be part of the festival?
Massively excited and mildly terrified.

Have you been on a panel at a festival event before?
It will be my first panel at a festival which will hopefully make it an all the more special experience?! I’m also very much looking forward to meeting Gill Sims who I’m doing the event with as her books are hilarious.

Asia's event with Gill Sims is at 11am on Saturday 20th October at Salisbury Playhouse, tickets can be purchased here.

What novel have you read that you wish you had written?
The Power by Naomi Alderman. A genius premise and brilliantly executed.

And finally what can we expect from your next?
Lex’s story is far from over. As her daughter gets older she will have new parenting problems to battle and new enemies to takedown. Coping with the terrible twos when facing her latest mission of global significance might be more than even she can handle...

All book titles in bold are Amazon UK Affiliate links which will earn me a few pence if anyone clicks through and makes a purchase - any money earned will go towards buying books or gifts for giveaways.