Today is the final feature for Salisbury Literary Festival ahead of the first event which starts on Wednesday.  I'm really looking forward to the mix of events I'm going to, I currently have tickets to 6 events and I'm still at this late stage thinking of buying 1 more!

It's my pleasure today to hand the blog over to Richard Skinner to introduce the event he is chairing, Food and Fiction at Fisherton Mill, which is a on the road version of the Vanguard Reading sessions that he set up. 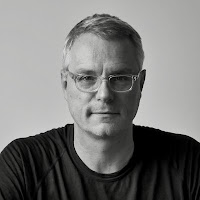 I started Vanguard Readings because, at Faber Academy, I continually meet a lot of brilliant new writers who, as long as they remain unpublished, receive very few invitations to read their work. So, in 2011, I decided to do something about that and set up a monthly series of readings as a platform for new writers to read their work. The idea immediately struck a chord, our audience quickly grew and, seven years later,  Vanguard is now a thriving community of writers who meet once a month to share their experiences and support Vanguard and its ethos of promoting new work.

The set-up at Vanguard is simple: 6 readers per event reading alphabetically for around 10 minutes each. It doesn’t matter if you’re an unpublished writer or Ian McEwan, it’s done alphabetically and democratically. Over time, the 10 events held every year have shaped themselves into different kinds of event. For instance, I put aside four events per year for my Faber Academy alumni to read. I make sure to programme two poetry-only events per year, which tend to be very special nights. Also, a few years ago, I started to offer half the slots per event to small presses so that they could showcase their authors. So far, among others, we have hosted Galley Beggar Press and Boiler House Press from Norwich, the Smith Doorstop Laureate’s Choices series from Sheffield and Smokestack Books from Middlesbrough.

The next logical step was to move from performance into print and so, in 2014, I set up Vanguard’s publishing arm and called it Vanguard Editions. We publish anthologies of poems and short stories by people who have read at Vanguard. We have now moved into publishing single-authored works, including two debut poetry collections, translations of new work from French and Portuguese and art-writing. Vanguard Editions is a very personal venture to me and not at all run as a commercial entity. We’re not on Amazon, we’re not with Inpress—we don’t even have a website. The only way we show the books is via social media. I only publish those pieces of writing that I have absolutely fallen in love with and which have had some difficulty being placed elsewhere because of their unusualness. As a publisher, I’m not interested in publishing books that are safe or that conform. For me, it’s better to publish what you don’t know rather than what you do. That’s the whole point. The model I had in mind while setting up Vanguard Editions wasn’t based on publishing at all; it was based on record labels like Factory, Mo Wax and Erased Tapes, all of which have a very strong visual identity, which I’ve tried to incorporate into the look of Vanguard Editions.

As Vanguard’s reputation grew, I received a lot of messages from people complaining of the London-centric-ness of Vanguard, to which I replied ‘OK, I’ll bring Vanguard Readings to you,’ and so #VanguardOnTour was born. The idea is that a local author selects the readers, finds a venue and hosts the event while I support and promote the event via Vanguard’s strong social media presence. Vanguard has its own banner and wherever it’s planted is a Vanguard Readings. Since 2016, #VanguardOnTour has made stops at Grasmere, Birmingham, Hay-on-Wye, Margate, Norwich, Leeds, Ludlow and Manchester. The latest stop on the #VanguardOnTour is, of course, beautiful Salisbury (hence this blogpost) at the kind invitation of Tom Bromley, Founder and Director of the Salisbury Literary Festival. The readers at the event on Saturday 20th October—Dan Dalton, Molly Flatt, Karen Hamilton, Rose McGinty, Lydia Ruffles and Helen Trevorrow—are all Faber Academy alumni who have published their debut novels in the past year. With its focus on creative writing, rather than non-fiction memoirs or celebrity-led books, the ethos of the Salisbury Literary Festival is a perfect match for Vanguard Readings and we’re delighted to be invited by Tom to support the Salisbury Literary Festival.

The Food & Fiction at Fisherton Mill event is at 6.15pm on Saturday 20th October, tickets can be purchased here. 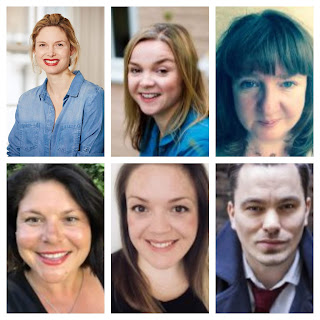 Molly Flatt, is an author and journalist who writes about how technology changes the way we think, work and live. She is Associate Editor for FutureBook and Digital Editor for PHOENIX magazine and her debut novel, The Charmed Life of Alex Moore – described as “Bridget Jones meets The Matrix” – is out now.

Karen Hamilton caught the travel bug after a childhood spent abroad and worked as cabin crew for many years. She has now put down roots in Hampshire where she lives with her husband and three children. The Perfect Girlfriend a psychological thriller, is her first novel.

Rose McGinty is the author of the best seller Electric Souk, published in 2017. Electric Souk is a thriller about forbidden love, corruption and an encounter with evil in the desert, set in the Middle East as the Arab Spring erupts. Rose lives in Kent and is a creative writing tutor and editor at Retreat West. She is an alumni of the Trinity College, Dublin and the Faber Academy. Rose has won a number of writing competitions and had short stories selected for anthologies. She is currently co-editing an anthology, The Word for Freedom, to celebrate one hundred years of women’s suffrage with Retreat West, in aid of Hestia.

Helen Trevorrow is a graduate of the 2016 Faber Academy creative writing programme. She studied at Leeds University and has worked in marketing and public relations in London for twenty years. She is a specialist food and drink PR. Helen has ghost-written many articles for newspapers, magazines and websites. In The Wake is Helen’s debut novel, a psychological thriller that questions whether we can ever truly leave our pasts behind and explores the lengths that we will go to protect the people that we love.

Lydia Ruffles‘ debut novel The Taste of Blue Light was called ‘a gripping Bell Jar-type narrative’ by the FT and ‘a game-changing exploration of mental health’ by Emerald Street. Her second book, Colour Me In, will be published by Hodder on 9 August 2018. A reformed corporate PR, Lydia also writes and talks about creativity and mental health for media ranging from Buzzfeed to Woman’s Hour.

Dan Dalton is a writer and journalist, originally from the North of England. His debut novel is Johnny Ruin, a cutting-edge novel about a man on a road trip through his own mind with Jon Bon Jovi.