The Write Stuff with... Lisa Hobman 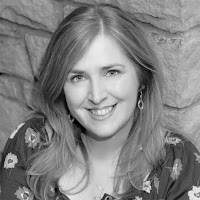 Today it's our stop on the A Summer of New Beginnings blog tour and I have two posts to share with you, a guest post from Lisa Hobman talking about character formation as well as Emma's review which I'll be uploading shortly.

Part of the joy of writing fiction is being able to create characters and put them in situations I can only imagine. This happened when I wrote A Summer of New Beginnings.

I became familiar with the Northcoast 500 a while ago when I visited parts of the route with my family whilst on holiday. The route includes a varied combination of terrain types from flat roads to bumpy tracks and can be navigated in a variety of ways. Many take the relaxed choice of cruising on huge metal beasts from which they can enjoy the stunning scenery at their leisure. Some choose to hire motor homes and stop en-route to eat picnic lunches in little parking areas. Some drive and park their cars outside hotels or bed and breakfasts, enjoying all the luxuries of home at the end of each day. And then there are the brave souls who embark upon the journey by foot or on bicycles.

When I first visited the north coast of Scotland I was immediately inspired to write a story that took place there. So many incredible views and locations to choose from, however, left me a little spoiled for choice. It was when we stopped to admire one such view that I spotted a group of people with a backpacks, standing beside their push bikes, water bottles in hand, chests heaving from exertion, that I realised it was something I would never be likely to do myself. I would definitely take one of the softer options and travel the whole route by some fuelled vehicle, and in fact my husband and I plan to do that very thing in the near future, however, I am nowhere near fit enough to cycle it!

At that point the story of Zara Bailey began to form in my mind. What would it be like for someone who never imagined making such a journey, to be thrust into a position where they are faced with that very thing? The person forming in my imagination was someone who usually enjoyed cycling but perhaps whose idea of a pleasant bike ride was one that involved paths and planned routes on a sunny day. Not battling against the possibility of four seasons at once on roads that appeared to climb to the heavens only to descend at speeds only motor racers are comfortable with. At that point a scene came to mind where my character was informed that she must make this journey and that people were relying on her to do so. And only then did Zara really begin to take shape.

Zara was a fun character to write and whilst the book didn’t set out to be a comedy there are many moments in the book that brought a huge grin to my face whilst I wrote them. She is feisty, yet kind hearted. She is quick to lose her temper but quicker to regret doing so. She is beautiful yet unaware of the fact. I had a very vivid imager of her in my mind when I write the book but yet have to come up with a suitable actress to play her in a movie—should it ever happen! I enjoyed watching Zara gain strength as she dealt with some of the awful situations she found herself in. And I enjoyed the fact that she grew in confidence and achieved what she was sure was unachievable. It was a wonderful experience and I loved living vicariously through her in her voyage of self-discovery.

Another character in the book that sprang to life—only without intention this time—was the bike. SD became a character in its own right. Zara would talk to it, shout at it and grow strangely attached to the inanimate object throughout the story—something I’m pretty sure she never expected either! I began to view the bike as a real entity and imagine what it would feel about carrying someone so unwilling on the journey they shared.

One of my overall favourite characters in the book, however, has to be Bess. She’s a beautiful black and white border collie that Zara encounters on a croft part way around her journey. Border collie’s are known to be an intelligent breed of canine and they were originally developed for herding animals in the Scottish Borders—the place I now call home—so it felt like an obvious choice. I loved writing Bess as a sensitive creature, one who is very much aware when her owner needs a little TLC and this endears Zara to her greatly. The traits I wrote in her were ones I experienced myself in a dog I had from when he was a puppy. And even though the breed is entirely different it was special to me to include some of Charlie’s personality in Bess.

Creating characters is quite a sacred thing. As a writer you take that imaginary being, give them flesh and bone, a back story, personal thoughts and feelings. You give them life and sometimes take it away. But each and every character I have ever created will always be incredibly special to me—even the horrible, nasty, foul mouthed and grumpy ones.

Meet Zara Bailey, a travel writer paid to cover some of the globe's most luxurious locations. Jetting from wooden huts on stilts in turquoise seas to boutique hotels with roaring fires to 7* penthouse suites with panoramic views of the world's most glamorous cities... Zara knows hers is the definition of a dream job!

So she is seriously shocked to receive her next assignment; Scotland's Northcoast 500 route. By bicycle. Sleeping in a tent so basic it can't remotely be dressed up as glamping!

But this could be just the distraction the recently heartbroken Zara needs. No men, no romance, just the breathtakingly rugged Highland scenery. Until she meets croft owner Lachlan Grant, and his black and white Border Collie Bess, that is...

All Amazon UK book titles in bold are Affiliate links which will earn me a few pence if anyone clicks through and makes a purchase - any money earned will go towards buying books or gifts for giveaways.