The Write Stuff with... Margaret Kirk 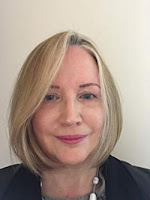 The thing is, I never set out to write a crime series – certainly not a police procedural with a male DI as the main character.

My first (so far unpublished) novel was a coming home story, I suppose, with a female main character and a distinctly psychological vibe. Looking back now, I can see there were a few things that didn’t quite come off, and it would certainly benefit from a good edit. But I liked my cast and characters – still do, actually – and overall, I think it worked.

And then, three chapters from the end, in walked a Scots-German Detective Inspector called Lukas Mahler.

Clever, complex Lukas, son of a German father and Scots mother. Cambridge-educated Lukas, lover of the Italian Renaissance and master of the caustic put-down. Lukas, who arrived with his character and his entire story arc fully formed inside my head.

He made his debut in 2017, in Shadow Man, which won the Good Housekeeping First Novel Competition, What Lies Buried followed in 2019, and I’m currently finishing book 3, In The Blood, which will appear in the summer of 2020. And with every book, I’m learning more about how writing a series works – for me, at least.

For me, great characters are the mainstay of a successful series. Think of Rebus, think of Poirot, think of Morse – each one is larger than the pages they inhabit, each one finds a lasting place in our imaginations, long after the details of their cases have faded.

But a great supporting cast matters too. Poirot needs Hastings, doesn’t he? Holmes needs Watson? And one of the most fun things I’ve discovered is that your supporting characters can also develop fascinating storylines as the series progresses. The downside, of course, is that it can get pretty challenging to keep it all under control – I can see me needing to put together a database soon, where I can keep track of what all my supporting cast is up to!

For me, a great setting is almost a character in its own right. I love Ann Cleeves’ Jimmy Perez, but he needs the stunning Shetland landscape to make him fully come alive. And though Lukas Mahler was educated in England, he was born in Inverness, so there was never any doubt in my mind that his story would unfold here, in the Capital of the Highlands.

We have some of the most spectacular scenery in the country, with spookily atmospheric historical locations round every corner – quite simply, it would have been criminal to let settings like these go to waste! 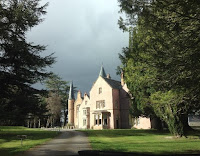 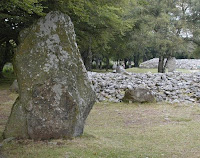 I suppose the main challenge facing anyone writing a series is how to keep it fresh? How do you keep your readers coming back for more?

In a sense, I think I’ve probably got it easier than most, because my series does have a definite end point, which helps to keep the momentum building. Strong, engaging characters, great settings and great plots are key, of course, but sustaining a series over a long term must feel like a huge undertaking – hats off to everyone with the talent and stamina to do this!

And if you get this far, if you’ve created a character who lives so much in readers’ imaginations, how and when do you decide, enough, my hero’s tale is told? Is there the temptation to give them just one more case to investigate?

Hmm. Maybe that’s the answer. Maybe if I get to what I think is the end of Lukas’s journey, something will appear out of the blue to take him along a new path.

But that, as they say, is another story …

All titles in bold are Amazon UK Affiliate links which will earn me a few pence if anyone clicks through and makes a purchase - any money earned will go towards buying books or gifts for giveaways.
Posted by Sharon at 09:30