Today it's my pleasure to welcome T.G. Campbell, author of The Bow Street Society series, to the blog.

Can you tell us a bit about yourself and how your writing journey started?
My full name is Tahnee Anne Georgina Campbell but I write under the pen name of T.G. Campbell. Most people have difficulty pronouncing my first name so I thought initials would be easier for readers to remember. I write a series of crime fiction books set in Victorian Era London about a group of amateur detectives called the Bow Street Society. Each civilian member of the Society has an ordinary job in addition to being a detective, e.g. architect, artist, illusionist, etc. and they use their skills and knowledge from their ordinary jobs to help them solve the cases the Society has been asked to investigate.

I’ve previously worked for a charity assisting witnesses through the process of giving evidence at court, and for another organisation aimed at assisting current and ex-offenders into training and/or employment. I therefore have some knowledge and experience of the workings of the British criminal justice system.

My writing journey first began when I wrote a novella for my best friend’s sixteenth birthday. I was the same age at the time and it was my first serious attempt at the Agatha Christie style of crime fiction. The project helped me to gain an initial understanding of the basic mechanics of an Agatha Christie “clue-puzzle” mystery that I then built upon whilst studying for my English Studies Bachelor of Arts degree at the University of Winchester several years later. I was fortunate enough to study the crime fiction genre as part of my degree.

Where did the inspiration for The Bow Street Society series come from?
Unsurprisingly, I’m a huge fan of crime fiction. I’d noticed that most crime fiction books focus on a single detective or detective partnership, though. I therefore wanted to write something that broke away from this traditional trope and, hopefully, push the accepted boundaries of the genre. This is why I came up with the idea of a group of detectives. Yet, I didn’t want to have a static group of individuals the reader met over and over again. Instead, I pondered how I could make the group fluid and came up with the idea of a detective’s criteria for membership to the Society being based upon their ordinary job. This meant the detectives would change depending on the nature of the case being investigated. It also opened up the possibility of anyone becoming a detective as all one needs is the skills and knowledge one already has from one’s everyday job that most would consider ‘mundane’. As a result, even the reader can ponder what their skill would be if they were to apply to join the Bow Street Society.

Which character did you have the most fun creating?
There’s so many to pick from it’s hard to choose just one! I have several favourite characters but the one I had most fun creating was Mr Percival Locke. He’s an illusionist and owner of the fictional Paddington Palladium in addition to being a member of the Bow Street Society. As part of my research into his profession and the real-life magicians, who would’ve been his contemporaries in 1896, I had a guided tour of the Magic Circle’s headquarters in London. I was able to see exhibits featuring items used by Harry Houdini and Victorian magic tricks. I was also privileged enough to explore their massive library of books on all aspects of magic and illusion.

What attracted you to writing a Victorian crime series as opposed to any other genre?
The mechanics of “clue-puzzle” mysteries are what originally attracted me to writing crime fiction rather than any other genre. I chose to set my current series in the Victorian Era, specifically 1896, because it was a time of great change and innovation. In some technology in particular you can see glimpses of devices we use today. It was also the period in which one of the oldest police forces was formed; the Metropolitan Police (more commonly known as Scotland Yard). The history of the police, true crime, and detection has always fascinated me and the second half of the nineteenth century was one of the most defining eras of these areas. I therefore find it fascinating to not only research the real-life Scotland Yard but also explore how my fictional detectives would’ve interacted with those officers if the Bow Street Society had existed. I wrote a list for Listverse on the top 10 little known facts of Victorian Era Scotland Yard based upon my research. You can read that here: https://listverse.com/2017/01/15/top-10-little-known-facts-about-victorian-era-scotland-yard

The Society’s formidable clerk, Miss Rebecca Trent, was played brilliantly by Miss Sabrina Poole in the live-action trailer I wrote, directed, and produced for the first book in the series, The Case of the Curious Client: Sabrina would therefore be my absolute first choice to play Miss Trent in a TV series.

What was the first book that you read that made you think 'I would like to write something like that one day'?
I think it was Agatha Christie’s Murder of Roger Ackroyd. I’m not going to give away any details but it completely turned the concept of a mystery on its head whilst still being a perfectly constructed “clue-puzzle”. Her skill and expertise in creating the book convinced me I wanted to attempt the same.

If you could give some advice to your younger self about the whole writing/publication process, what would it be?
Don’t think you know everything, don’t take constructive criticism personally, don’t despair when a reader doesn’t like your work, and, most importantly of all, get an editor!

If you could write in a collaboration with another author, who would you like to write with and why?
I absolutely love the William Quest and Inspector Abbs books by John Bainbridge. He’s a highly talented crime fiction and thriller author who possesses detailed knowledge of the Victorian Era. His books are also set in the period so it could be possible for some of his characters to run into mine. I’d love to find out how Inspector Abbs would react to my civilian detectives ‘interfering’ with one of his official police investigations. You can read about John’s writing on his website: https://johnbainbridgewriter.wordpress.com

And finally, what can we expect from you next?
I’m currently working on the fifth book in the Bow Street Society Mystery series.

I’ll also be releasing the next part of a brand new Bow Street Society Casebook short story in the June edition of my newsletter, the Gaslight Gazette that readers may subscribe to here: Don’t worry if you’ve missed part one of the story as there will be instructions on how to get this in June’s newsletter.

Readers may also discover the other books in the series, as well as the three volumes of short stories, by visiting my website here. 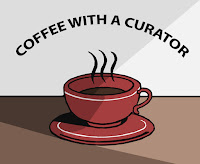 Finally, I’ll be releasing the next instalment of my ‘Coffee with a Curator’ feature on my monthly blog. May’s instalment was an interview with the curator of the Metropolitan Police Service’s historic collection, Dr Clare Smith. You can read her interview: society blogs