Today it's my stop on the blog tour for Natalie Normann's first book written in English, Summer Island, for which I have a short extract below to share with you.

'If you follow the shoreline to the other side, you'll come to a small cliff wall with nesting birds. You're not allowed to get too close because the birds might freak out, but it's nice to see.'

'Unless I can eat them, I'm not into birds,' Jack said.

'Really? I thought that was a British thing. Lying in fields, gawking at birds through binoculars and writing it down in a little book.'

Jack looked at her. 'Sorry?'

Ninni was surprised. Apparently they had got the only Englishman with no sense of humour. How sad, she thought.

When you think of Summer destinations I'm sure like me that Norway doesn't feature top of your list but I'm looking forward to travelling there shortly, well virtually at least, when I eventually find my reading mojo. I had hoped to be in a position to do a review alongside this spotlight feature but sadly I have struggled with reading during lockdown so haven't been able to catch up with Jack and Ninni yet.

He never meant to stay.

He certainly never meant to fall in love…

Summer Island off the coast of Norway was the place London chef Jack Greene should have been from. He’s an outsider in the community that should have been his family, and now he’s setting foot on the strange land he has inherited for the first time.

Ninni Toft, his nearest neighbour, has come to the island to mend her broken heart. With her wild spirit and irrepressible enthusiasm, she shows city-boy Jack the simple pleasures of island life – and what it means to belong. To a place. To a people. To one person in particular…

Home is where the heart is, but is Jack’s heart with the career he left behind in London, or on the wind-swept shores of Summer Island, with Ninni? 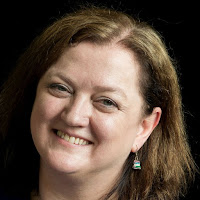 Natalie Normann grew up in a shipping town on the west-coast of Norway and always wanted to be a writer. Actually, she wanted to smoke cigars and drink whiskey like Hemingway but settled for chocolate and the occasional glass of Baileys.

Her writing journey started with short stories in women’s magazines until her first book was published in 1995. Summer Island is her first romance written in English.