Today's it's my stop on the Out for Blood blog tour and it's my pleasure to be chatting to author Deborah Masson about the latest book in the DI Eve Hunter series.

Can you tell us a little bit about yourself and how your writing journey started? 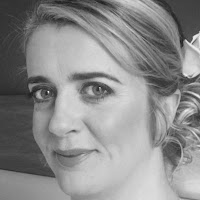 I’m a full-time mum to two mini-monsters and my writing journey began when my eldest was around two years old. I needed something ‘just for me’ and to keep the old grey matter ticking over whilst at home bringing up the kids, so I started scribbling in the afternoons whilst she napped.

If you had to give an elevator pitch for your latest book Out for Blood, what would it be?
DI Eve Hunter and the team are back uncovering a hidden Aberdeen and the gaping divide between the elite and those on the fringes of society.

A young man, the son of an influential businessman, is discovered dead in his central Aberdeen apartment.

Hours later, a teenaged girl with no identification is found hanged in a suspected suicide.

As DI Eve Hunter and her team investigate the two cases, they find themselves in a tug-of-war between privilege and poverty; between the elite and those on the fringes of society.

Then an unexpected breakthrough leads them to the shocking conclusion: that those in power have been at the top for too long - and now, someone is going to desperate lengths to bring them down...

Can they stop someone who is dead set on revenge, no matter the cost?

Out for Blood is the second book in your DI Eve Hunter series, what characteristics would you say best describe Eve?
Determined, bloody-minded, conscientious and loyal.

Both of your books have tackled dark and sensitive topics, is any subject too taboo that you wouldn’t consider writing about?
No. I believe anyone’s story should be told as long as it’s done in as sensitive a way as possible.  We shouldn’t stick our heads in the sand and hide from the more difficult things in life, but the beauty of crime fiction is that you can explore these taboo subjects from the safety of your sofa.

What attracted you to writing in the crime fiction genre as opposed to any other genre?
I had always devoured crime fiction as a reader, so it made sense to me to write what I loved to read.

If you could write in a collaboration with another crime writer, who would  you pick and why?
There are so many fabulous crime writers out there who I read and admire but it was Mark Billingham who give me my early love of police procedurals with his lead character DI Tom Thorne, so I guess the dream would be to write alongside him. So much to learn!

If you could give some advice to your younger self about writing, what would it be?
Stick at it, believe, and that dream will come true.

What would you say is the best thing about writing? And on the flip side, what is the hardest?
The best thing is the escapism is gives you. The hardest is to keep turning up at the desk on the days when the writing feels like treading treacle.

And finally, what can we expect from you next?
I’m currently writing book 3 in the DI Eve Hunter series but am also excited to have recently signed a contract for a standalone thriller, also set in Aberdeen.

Thanks for the great questions!