Under the debut spotlight feature today is author Alexia Casale whose debut book The Bone Dragon was published earlier this summer.

Dreams are the fire that warm the soul.

Everyone at school thinks that Evie broke her ribs in a car crash… Evie doesn’t talk about why she was adopted and why she really needed an operation.


Because some things should never be said.


Now, she is safe and even has a souvenir from hospital – a piece of rib bone, which she carves into a dragon. And it comes to life at night in Dragon-dreams, helping Evie to heal, giving her strength.


But some things cannot be fixed. Some things are too terrible to be forgiven. Sometimes, revenge must be take and it seems the dragon is the one to take it, while Evie looks on.

A stunning literary debut that explores the fragile boundaries between real life and fantasy. 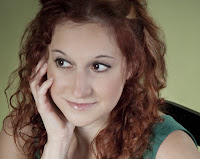 A British-American citizen of Italian heritage, Alexia is an author, editor and writing consultant. She also teaches English Literature and Writing.

After an MA in Social & Political Sciences (Psychology major) then MPhil in Educational Psychology & Technology, both at Cambridge University, she took a break from academia and moved to New York. There she worked on a Tony-award-winning Broadway show before returning to England to complete a PhD and teaching qualification. In between, she worked as a West End script-critic, box-office manager for a music festival and executive editor of a human rights journal.

She’s not sure which side of the family her dyslexia comes from, but is resigned to the fact that madness runs in both. She loves cats, collects glass animals and interesting knives, and has always wanted a dragon.

The last four months since publication have been so exciting: this summer I spoke at Hay and Edinburgh, and I'm off to Bath in a few weeks. Another lovely surprise was learning that I'm up for the First Book Award (https://www.edbookfest.co.uk/the-festival/first-book-award/vote?book=3805 to vote). So far being a published author is even better than I dreamed it would be. My new book is now in submission and I can't wait to see what will happen next. If I had to say what the most surprising thing has been... it would probably be how much work there is between selling your book and holding the finished article in your hands, even when a publisher doesn't ask for major edits. Oh, and how much waiting there is. It turns out publishing is just like the theatre: you're either twiddling your thumbs or rushing to do a million things immediately.
Posted by Sharon at 12:30