This morning I'm delighted to introduce you to Jules Wake whose debut novel Talk to Me has just been published. 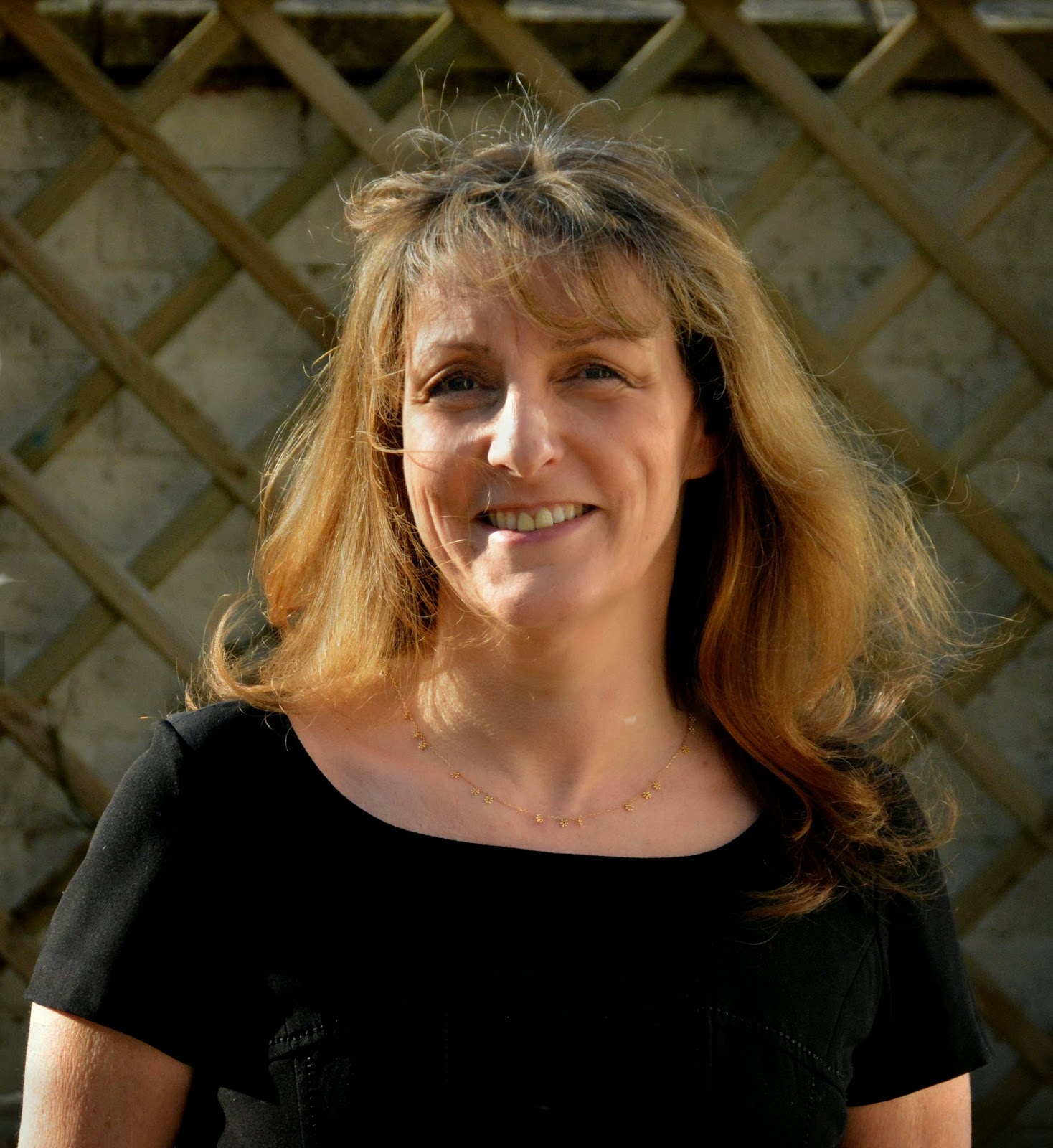 Bred but not born in Yorkshire, Jules considers herself an honorary Yorkshire woman and, despite living in the Chilterns, still misses proper hills.  She’s always wanted to be a writer and blames this on her grandmother taking her at a young age to the Brontë’s parsonage in Haworth.

After reading English at the University of East Anglia, she found herself in the glamorous and deeply shallow world of PR, which she rather enjoyed, and spent a number of years honing her fiction writing skills on press releases.

Upon completing a creative writing course and finding no local writing group, she set up the Tring Writers’ Circle.  As a result it was incumbent upon her to set a good example and actually write, which was rather fortunate as with a genuine allergy to cleaning, she finds writing offers the perfect displacement activity. Talk to Me is Jules’s debut novel.

Olivia and Daniel certainly aren’t talking the language of love…

Olivia has been in love with Daniel forever but, despite her best efforts, they’ve never been able to get it together. Their relationship has always been a series of mixed messages and misunderstandings and the final straw comes when Daniel mysteriously starts dating her flatmate, Emily. Hurt and confused, Olivia resolves to forget her heartache with a spot of speed dating. After all, what could possibly go wrong?

One crazy stalker later and Olivia’s life is becoming increasingly strange and scary. Can she rely on Daniel to step in when events take a terrifying turn or will their communication breakdown ultimately result in tragedy?

Thank you very much for having me on your book blog.

Can you tell us a little bit about your debut book Talk to Me?
Talk To Me is a contemporary romantic comedy. It tells the story of what happens when Olivia, the heroine, decides to go on a speed date to get over her unrequited love for Daniel. Unfortunately what unfolds after the speed date leaves her in a far worse predicament. The question is, who is going to come to her rescue?

Talk to Me features unrequited love and speed dating, where did the inspiration come from?
Originally I intended to write a story about a heroine trying to get rid of her boyfriend. It was called Dislodging Daniel and the male character was a tad selfish and spent all his free time playing cricket…but somehow the Daniel character wouldn’t behave the way I wanted him to do and actually turned into a rather yummy hero.

The story just evolved from there. I’ve never been on a speed date in my life but it was a good setting for the start of things changing and seemed fertile ground for interesting characters. In fact one of them is based on someone I once saw on University Challenge who was so loathsomely pompous I just had to put him in.

Can you talk us through your publication journey?
It was long! I started writing a book which very closely resembled Talk To Me in 2008 and cringe now when I think of those early chapters!

Even though I was an avid reader, I really didn’t know much about writing technique! I was lucky enough to stumble across a local writing class which ran for six weeks, at the end of which the teacher suggested I joined a local writers circle.

At the time the nearest ones were big and scary and I didn’t have the confidence to go, so I and a couple of others from the course set one up, the Tring Writers Circle. One evening Melanie Hilton, who organises the Romantic Novelist Association’s New Writer Scheme came along to speak and as a result I joined that year.

Talk To Me was the very first book I submitted and the feedback suggested I try to get an agent. Five million rejections later, I decided I should start writing a new book because this one clearly wasn’t going to get published. Each year for five years I submitted a new novel to the New Writers Scheme but despite good feedback couldn’t get an agent.

Then I heard Choc Lit were taking direct submissions and decided to submit my first book and changed the first three chapters to include male POV which they ask for. When Choc Lit came back and said they’d like to read the full, I had to do a very quick re-write of the whole book putting in the male POV! However writing those other novels stood me in very good stead and made it a much better book which was also improved considerably by having the male POV. To my absolute delight it was accepted by Choc Lit in January 2013.

In the mean time I completed my fifth novel and submitted it for the last time to the New Writers Scheme, again my reader suggested I try to get an agent. I sent out five letters to agents and three asked to see the full manuscript. I met two of them at the Romantic Novelist Party and immediately knew I could work with the agent that I’m now with.

Are you currently working on a new book? If so, are you able to tell us anything about it?
I’ve just finished re-editing my fifth book with a working title - Shifting Up A Gear:

Inheriting a vintage Ferrari sounded great until home-loving Laurie discovers she has to drive it across Europe. There’s one small problem – she doesn’t drive.

It’s about what happens when a homebody is pushed out of her comfort zone and it changes her view of the world and her place in it. I always like my characters to learn something about themselves during their story and to reach an understanding of who they really are. Of course I like them to fall in love along the way!

What does a typical writing day look like for you?
Eight hours at the day job I’m afraid, home to cook tea for the family and then I lock myself away in the study until I’ve written a minimum of 1,000 new words.

If you could give one piece of advice to other new authors starting out, what would it be?
Don’t keep perfecting your first book. Finish it and start the next one. Keep writing and learning your craft. With each one I do believe you learn something and improve.

Have you got anything exciting planned for publication day?
On the 6th I’ll be at work but to be honest I suspect I shall be a waste of space that day! I shall be throwing a launch party on the 8th which is a Sunday and I’ve got cupcakes and wine on order and a friend who’s an actress has agreed to read for me.

Hope you had a fab launch party yesterday Jules ;-)

Are you going to treat yourself to something nice for publishing your first book?
Of course! I shall be heading to Bond Street to Tiffany for a charm bracelet! My plan is to buy a new charm each time I publish another book.

If you could go on a writing retreat anywhere in the world, where would you choose?
Funnily enough I recently went on a writing retreat with three writing buddies in a little village in Berkshire. We stayed in a beautiful thatched cottage but we could have been anywhere, what made it perfect was the company. Being with other writers can be the best inspiration. It was bliss!
Posted by Sharon at 07:00