As this feature week for Carina UK draws to a close it's time to take a look at a few of the books that they will be publishing in the next few weeks.

From Paris with Love by Samantha Tonge (published 24th July) 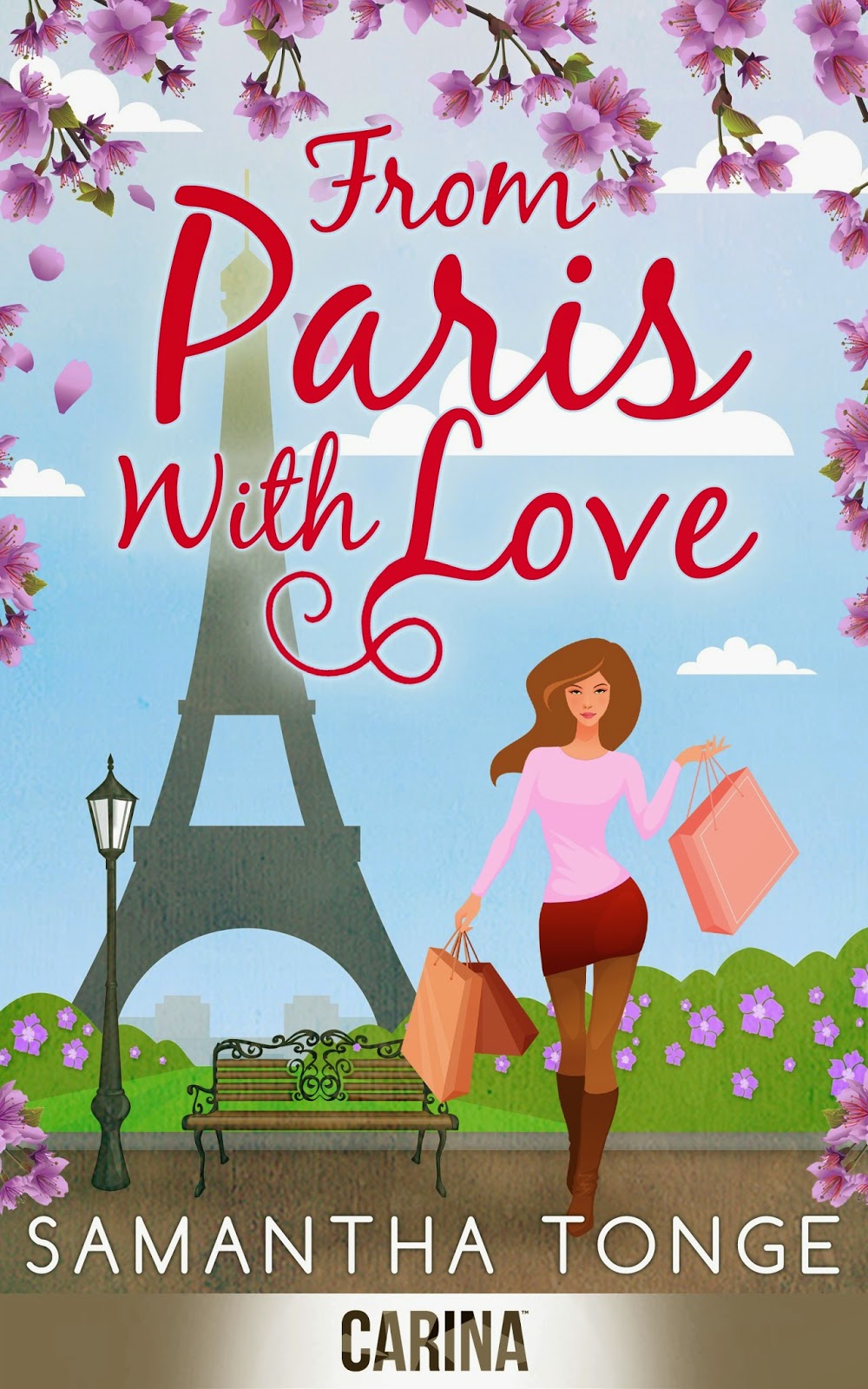 Every girl dreams of hearing those four magical words Will you marry me? But no-one tells you what’s supposed to happen next…

Fun-loving Gemma Goodwin knows she should be revelling in her happy-ever-after. Except when her boyfriend Lord Edward popped the question, after a whirlwind romance, although she didn’t say no….she didn’t exactly say yes either!

A month-long cookery course in Paris could be just the place to make sure her heart and her head are on the same page... And however disenchanted with romance Gemma is feeling, the City of Love has plenty to keep her busy; the champagne is decadently quaffable, the croissants almost too delicious, and shopping is a national past-time! In fact, everything in Paris makes her want to say Je t’aime… Except Edward!

But whilst Paris might offer plenty of distractions from wedding planning – including her new friends, mysterious Joe and hot French rockstar Blade - there’s no reason she couldn’t just try one or two couture dresses is there? Just for fun…

In fact Charlie is really Layla’s fiancé, she was supposed to be his wife in name only, but he and Etu like what they see. They are sure that just one night of being pleasured by them both will be exciting enough to convince Layla to abandon her plans to run and keep her in their bed forever!

Feisty ex-harlot Ellen Finch is finally free to escape her troubled past and make a fresh start, far away from the dusty town of Deadwood. But Ellen’s plans are interrupted when a dark and brooding stranger bursts through the doors of The Gem Theatre and Saloon begging for her help as a midwife.

Ellen can’t refuse his pleas, or allow another woman to suffer when she can help. Nor can she ignore the pang of regret she feels upon discovering this stranger is about to become a father; if only she’d had a man like Clayton Kile to care for her! Relief floods Ellen when discovers the labouring woman is Clayton’s sister. Clayton can’t afford to pay Ellen for her help; instead he expertly demonstrates his gratitude!

It’s been years since a man’s passion has moved Ellen, but there is something about this cowboy that tugs at Ellen’s emotions and fires her own long latent desires. Ellen faces a difficult choice, surrender to the demands of her body and risk losing her heart to love, or follow her head and leave Deadwood and her past behind forever...

Vulnerable widow Grace Holbein faces an uncertain future. Spurned by the town of Deadwood because of her violent late husband’s troubles she’s all alone in the world. With winter approaching the future looks bleak until two rugged cowboys ride up to her ranch looking for work in return for room and board.

Grace is wary of these handsome strangers; in her experience men are not to be trusted. However, Matt, fair and athletic, and Blake, dark and ruggedly handsome, are keen to prove to Grace that not all men are alike. The attention she receives from them both thaws her frozen heart and melts her inhibitions; she would welcome either one to warm her bed, but it’s a choice she finds impossible to make. In her dreams she’s allowed them both, but can her brazen desires ever be fulfilled in reality?
Posted by Sharon at 16:30