Today I'd like to introduce to you debut author Clodagh Phelan whose name you might recognise if you're a regular follower on the blog as she has helped me out in the past with some guest reviews. So now it's my pleasure to turn the tables and feature Clodagh and her debut novel The Eighteenth of November. 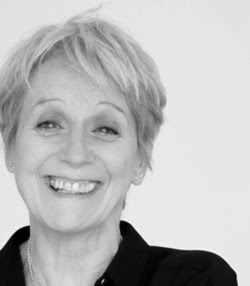 Clodagh Phelan is a professional copywriter and editor. The Eighteenth of November is her first published book. She takes a great interest in criminal justice and is an avid reader especially of crime fiction. A passionate champion of the underdog, Clodagh volunteered for many years at the Connection at St Martins, the centre for homeless people in London’s iconic Trafalgar Square.

She is currently a volunteer with A.C.E. (Animal Care España), a hugely dedicated organisation that rescues abused and abandoned dogs in southern Spain. Apart from helping out at El Refugio, whenever she can, she writes their English language blog.

She also writes regular blog posts and book reviews on her own website.

It is 7.30 p.m. on Wednesday 18th November 1987. Fabriel, a maverick journalist, finds himself at King's Cross underground station and has a sudden, clear vision of the tragedy that's about to unfold. Unable to stop the progress of the fire he gets swept up in it as he tries to save Alice, a young single mum, and her baby Zoë.

Fabriel, still troubled by the violent dreams and weird visions that haunted him in life, is tormented by a series of encounters with a spiteful entity. Confused and traumatised, Alice clings to Fabriel but he cannot handle the powerful emotions she evokes in him.

Alice remembers her baby and begs Fabriel to help look for her, but Fabriel has finally discovered the meaning of his dreams. Convinced that the entity knows his secret, Fabriel abandons Alice and sets off in pursuit of the creature but when the entity threatens Alice he rushes to her rescue - and finds that it is Alice, after all, who holds the key.

Set in and around King's Cross and St. Pancras stations in London, and in the Gothic splendor of the abandoned Midland Grand Hotel, this is the story of Fabriel's rebellion and it's consequences. A tale of passion that endures across centuries. Alice's desperate search for Zoë and Fabriel's quest for his identity lead them both to discover the true meaning of love. Then Fabriel is faced with a final and terrible choice.

How long have you been writing? How did you start?
I’ve been writing since I was a teenager. I can’t really remember a time when I wasn’t writing something. However a patchwork of careers in the law, social work and advertising distracted me. Nevertheless these, together my travels and some offbeat short-term jobs, including being the worst temp typist ever and a pretty good artist’s model, were wonderful experiences for a writer.

What inspired you to write The Eighteenth of November?
When I started the novel writing element of my MA at Sheffield Hallam I hadn’t decided on a subject for the book. In common with many writers I have a ‘sand pile’ –a folder full of jotted ideas and press cuttings. Sifting through this for inspiration I found notes I’d made about the King’s Cross fire. Then, as now, I was enraged by the degree of corporate negligence and the fact that the tragedy was totally avoidable.

Co-incidentally a group of us travelled from King’s Cross to Sheffield every week and we’d discuss our writing and exchange ideas on the way. At the time, fourteen years after the fire, one body remained unidentified, formally called Body 115. One of my friends remarked that perhaps this wasn’t a real person but an ethereal creature. And so Fabriel was born. Then some magical things happened – the baby just arrived and the baby led to Alice and so on.

Did Body 115 remain unidentified?
His identity did remain a mystery for several more years. But thanks to the untiring, determined efforts of the British Transport Police, Body 115, or ‘Michael’ as they called him, was formally identified as Alexander Fallon of Falkirk in January 2004 – sixteen years after the fire.

The book is set around a real event. How did you research it?
I spent a lot of time in British Library’s Newspaper section reading contemporary accounts and later articles. I also researched in the British Library itself, in the London Transport Museum and the Local History section of Camden Library. I read the Fennell Report into the causes of the fire. I visited all the places my characters went to, even those I already knew.

Thanks to the generous Malcolm Holmes, who was the Chief Librarian for Camden Libraries Local History section and an expert on the then derelict St Pancras Chambers, I visited the building many times. On one occasion I was even able to go on the roof. Which led to my having to change a scene, as what I had originally written would not have been possible.

Did you always want to write urban fantasy?
No, I always wanted to write crime novels – of the ‘why’ variety rather than the ‘who’. But when you are writing things happen and that was the case here. I didn’t set out to write in any ‘category’. I just let the story go where it wanted, though I did do a lot of plotting, changing and tightening once I had the main characters. It’s only afterwards when you have to write a marketing plan or sell it to people that you need to try and fit it into a genre.

That was one of the problems. At that time the current fashion for fantasy hadn’t taken off, nor were ghost stories as popular as they became a few years later. One of the criticisms that was leveled at the book by agents and publishers was that it didn’t fit a specific genre and that ‘bookshops won’t know what shelf to put it on.’

When I published on Kindle I had to choose from their categories and the only ones it sort of fit was urban fantasy and paranormal fantasy. While it sort of fits both of these categories, I think its true category is magic realism – where the ‘magical’ elements blend with the real world – rather than true fantasy, where the world is real but the creatures are fantastic. In reality, these edges are blurred and there’s a lot of cross over between genres.

You obviously know London well. Is that why you set the action there?
They always say ‘write what you know’ and while they don’t say ‘write where you know’, there’s no doubt that if you love a place there’s great pleasure to be had in writing about it. I love London and love describing it and discovering bits of history that I didn’t know.

From my early teens when I read Charles Dickens’ Bleak House and Arthur Morrison’s Child of the Jago I have adored books about London. Dickens continues to influence me as do many writers, too numerous to mention. Among them Peter Ackroyd, Ian Sinclair, Bernice Reubens, Philip Reeve, Audrey Niffenegger and Patrick Hamilton.

Ruth Rendell inspired me to write, and not just to write about London. I love many of her earlier books, the stand alones rather than the Wexford novels. I especially love her psychological crime mysteries. For instance, The Keys to the Street, Adam and Eve and Pinch Me (writing as Ruth Rendell). And Gallowglass, King Solomon’s Carpet and The House of Stairs (writing as Barbara Vine).

What will your next book be?
The next book is already written. And once more the catalyst is a completely avoidable disaster brought about by corporate negligence. The Herald of Free Enterprise, a Townsend Thoresen cross channel ferry sank on the 6th March 1987, within sight of Zeebrugge Harbour. The ferry was packed with day-trippers; 192 of them lost their lives and many more were injured. The Sixth of March is a bit different from The Eighteenth of November. This time it’s mystery rather than magic realism. I hope to publish it in the next few months.

If you had one piece of advice for aspiring authors, what would it be?
Listen to the advice of people you respect and ignore the rest. Above all listen to your instincts, your gut feelings, and be guided by them. Finally, don’t give up. Never, ever give up.
Posted by Sharon at 06:30