The Write Stuff with... Jeff Pollak

Today it's my pleasure to hand the reins of the blog over to author Jeff Pollak whose debut novel First Second Coming is published tomorrow.

What a Wild Ride

Born and raised in New York City, I’d visited the World Trade Center a few times. Later on, as a partner in a Los Angeles law firm, I attended annual seminars my firm put on there each spring.  Clients of mine worked in that building, some of whom didn’t survive.

Safe at home in Southern California, I watched the tragedy unfold. A deadline I had to meet required my presence downtown, so after two hours of sadness and outrage I drove to my office to do some work.

On the way, the L.A. police chief came on the radio to urge everyone who worked downtown to stay away. The concern was that a plane might smash into one of L.A.’s skyscrapers. Although I was only a mile away from the office, I dutifully turned my car around and headed home. That’s when this thought popped into my head: “Our world needs a new god who’s a planetary turnaround specialist.”

Even today, I don’t know where that idea came from. Religion and I parted ways in my childhood. Although I know what a corporate turnaround specialist is, a planetary one wasn’t something my practical-minded sensibility would conjure up. Nonetheless, the concept of a planetary turnaround specialist replacing Earth’s god took root somewhere in the deeper recesses of my brain. Over the ensuing years I must’ve subconsciously fleshed out that story seed. By 2014, when it dawned on me that retirement was no longer far off, I decided to try my hand at writing fiction.

Sure, I had to learn the craft. I adapted my writing style from the drone of lawyering to the drama of fiction and dove deep enough into the rules of creative writing to realize I could do this. At that point, what began as a random, passing thought of fancy in 9/11 re-emerged as a story with a rudimentary plot, well-rounded main and supporting characters, and three different endings. Once I’d typed up an outline and fleshed out the details, I was off and running – well, typing.

Until retirement in 2018, I used my free time to work on First Second Coming. I’m gratified to say that the book will be released as a supernatural/romantic suspense novel on August 1st, turning me into something I’d never have expected in my youth – an author of published fiction.

The ride from idea to publishable story was wild, full of unexpected coincidences and incidents that helped me shape the story. Here are just a few of them:

First, halfway through my first draft, while typing a scene I’d outlined, a slightly accented female voice suddenly said “That’s not what’s happening.” I looked behind me at the empty room. Then I heard “You’re writing the scene all wrong. Write what I tell you.” The voice belonged to Brendali, my main female character. She was inside my head, talking to me. 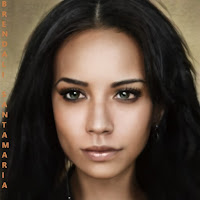 That freaked me out a bit at first, but we soon learned to work together. I’d transcribe her version of the story, she’d accept my edits and also stop waking me up in the middle of the night to pass along the next scene. Bren and I became friends through the ensuing six rounds of drafts and all the editing. We still are, now that I’m working on the sequel. 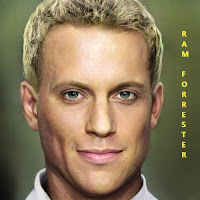 Next, by the fall of 2017 I’d completed three drafts of First Second Coming and was attending a writers’ conference in Irvine, California. At the first session of the day, a man who looked vaguely familiar sat down at my table. I checked his name tag. Sure enough, we’d worked together in the 1980’s. We renewed acquaintances and realized we lived fairly close to each other. He invited me to join his critique group, which included a number of excellent authors, some of whom were published multiple times. They helped me shape First Second Coming into a publishable book.

At the same conference a year later, in 2018, an author sat next to me during the Saturday night banquet. We became friends. A few months later, she was grieving the loss of a good friend – a man who had co-founded the World Parliament of Religions, which is a leader in the interfaith religions movement. This organization had begun in the late 1800’s in Chicago, but became inactive until this man and his partners resuscitated it in the 1990’s. First Second Coming already contained a quote from the Hindu Swami who’d originally founded the organization. My friend suggested that I attend the next World Parliament later in the year in Toronto. I did. Over seven days I spoke to hundreds of people about their religions, my novel and how receptive the interfaith movement might be to it. In addition, I met people from URI – the United Religions Initiative – and wrote that group and the movement into the story, enriching it.

These are only a few of the many highly unlikely coincidences that helped me along. While I still don’t believe in organized religion, certainly something supernatural assisted me in writing this novel. What finally convinced me of that is the epigraph for First Second Coming. I had chosen another, which needed copyright approval that wasn’t forthcoming. With time short to find a replacement, it took me less than five minutes to come across this John Lennon quote, which perfectly fits the story:

Leave it to Lennon to succinctly sum up what this wild ride has taught me: if you properly translate an idea into a work of fiction, your readers can enjoy the ride and, perhaps, take something with them from the experience.

In 2027 the deity known as NTG – short for New Testament God – retires after more than two thousand years of minding the store for his employer, Milky Way Galaxy, Inc. The new god, a planetary turnaround specialist, must decide whether Earth’s dominant species should or should not be included in his plan to bring the planet back into full compliance with Milky Way Galaxy, Inc.’s planetary operation standards.

Earth’s new God introduces himself to humanity by unexpectedly appearing on the Ram Forrester Hour talk show. Ram, an atheist, and co-host Brendali Santamaria, a devout Catholic, are stunned. God's interview, beamed worldwide, shocks and infuriates viewers. They learn that a sixty-day conference will take place in Los Angeles to determine whether humans are capable of helping him implement his planetary turnaround plan. To earn a coveted spot in this God’s good graces all mankind must do is eliminate religious violence forever, without his heavenly help, within sixty days. Failure means extinction.

God designates Ram and Bren as the conference’s only authorized media reporters. This assignment, fraught with peril, ignites their romance. Not only must the harried couple attend the conference meetings by day and do their show at night, they must also outwit a fanatical religious group bent on killing them. When rising conflicts within the conference intensify, it’s up to Ram and Bren to do whatever it takes to protect their budding romance and mankind’s very survival.