Today it's my pleasure to welcome Chris Calder to the blog to talk about his writing and his latest book My Brother's Keeper.

Can you tell us a bit about yourself and how your writing journey started? 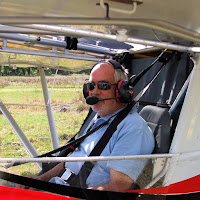 I’ve always enjoyed writing, but as someone who has had plenty of life experience (OK, I’m old!) I came relatively late to novel writing. My wife and I retired to France and had barely settled when I was diagnosed with an aggressive cancer. Whilst recovering from an operation, surrounded by lovely people with whom I was unable to communicate effectively (my French language skills being nil at the time), I took up a pen and drafted the bones of what was to become Payback, my first complete novel. Four more have followed since and fortunately, the cancer is now history.

If you had to give an elevator pitch for your latest book My Brother's Keeper, what would it be?
To a Catholic priest, the vows he has made are sacrosanct. But priests are human and therefore vulnerable, morally and spiritually.

Dominic Barratt is a priest who has a degree in Psychology. He is charged by his bishop to use his talents to help, in secret, other priests with problems. But he has his own demons to confront. Once engaged to be married, Dominic split up with his fiancée Hazel to join the priesthood. Now she comes back into his life, hoping to convince him that he has made a mistake. She wants him to resign and marry her.

Already unsettled by events that challenge his faith, Dominic is tormented by his reawakened feelings for Hazel. Bound in conscience by his vows of Chastity and Obedience, he now faces a seemingly insoluble dilemma.

What inspired you to write a story featuring a catholic priest who is conflicted between his emotional feelings and his vows?
The idea was conceived initially as a vehicle for a possible television series. As such it needed to be episodic, dealing with one problematic situation after another, with a linking theme throughout. As a lifelong Catholic, I am fortunate to have been gifted the upbringing to help make the background credible. The linking theme is provided when protagonist Dominic’s former fiancée Hazel comes into his life again years later, determined to persuade him to leave the Ministry and marry her.

Which comes first for you, characters or the plot?
Invariably, the plot. I write thrillers (My Brother’s Keeper is the exception) and I have found that if the plot is right the characters will emerge and flesh out as the narrative develops.

If any of your books were to be made into a film, which would you choose and why? And who would you cast in the main roles?
A tough question. The elements that are required for a good film may be similar to those that go to make a good book, but they are not the same. My novel Celeste Three is Missing is possibly the best fit for a transition to film. It is a pacey revenge thriller, a story that is likely to have more international appeal than the others in the visual medium.

The story is set partly in the US and partly in Europe. The protagonist is an Anglicised Armenian, now in his fifties, slightly younger than the antagonist. I believe that Martin Shaw could play the former and perhaps Anthony Hopkins the latter. Both would be sensational.

What was the first book that you read that made you think 'I would like to write something like that one day?'
The Adventures of Tom Sawyer, followed shortly after by The Adventures of Huckleberry Finn. I shall always aspire to reach the standards of Mark Twain.

If you could give some advice to your younger self about the whole writing/publication process, what would it be?
What are you waiting for? Write a book, dammit, you can.

If you could write in a collaboration with another author, who would you like to write with and why?
Without hesitation, Lee Child. I write thrillers, so if you have to ask why Lee Child, you probably haven’t read his work.

And finally, what can we expect from you next?
Another Dominic Barratt book. But possibly with more investigative content and less angst!

All book links in bold are Amazon UK Affiliate links which will earn me a few pence if anyone clicks through and makes a purchase - any money earned will go towards buying books or gifts for giveaways.
Posted by Sharon at 09:30